Six pateras (boats carrying migrants from the African mainland)  arrived on Lanzarote yesterday carrying more than 200 migrants between them, one of whom had died during the passage. 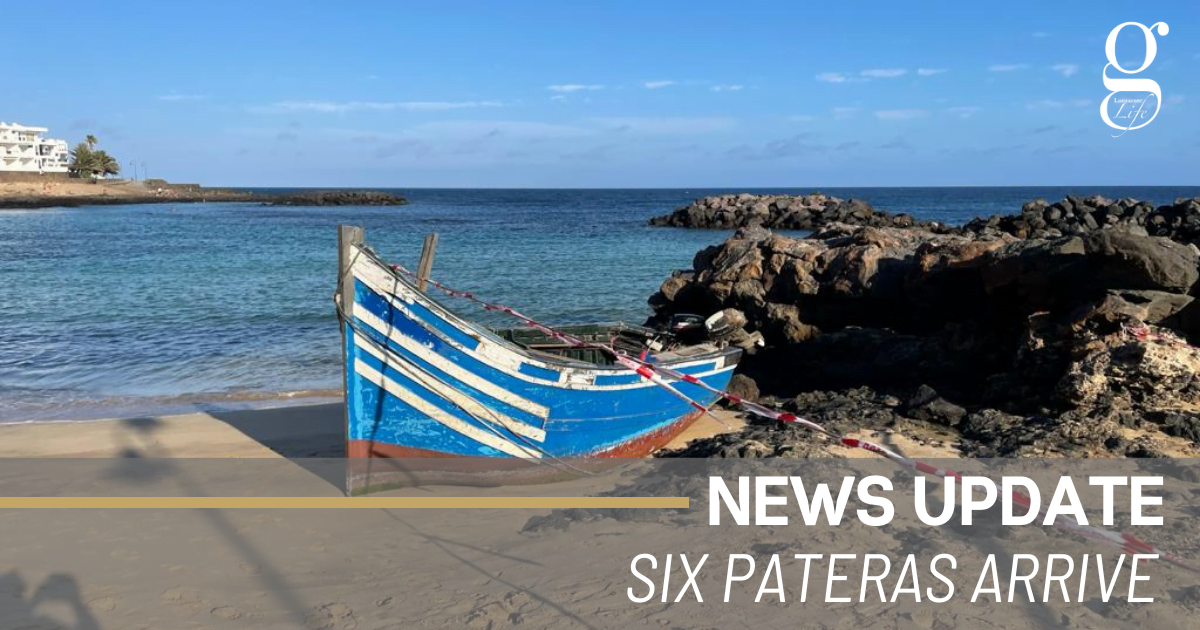 The fair, calm weather of late summer has seen a rise in the arrival of migrant boats, with yesterday’s total adding to another two boats on Monday and Sunday, and a further three last Tuesday.

Of yesterday’s arrivals, two boats were intercepted at sea and escorted to the main pier in Arrecife, while the other four landed on shore – two near Jameos del Agua, one at Punta Mujeres and another at Los Cocoteros – and were attended to by emergency services.

The increase in numbers of pateras had been widely expected, as this time of year is well-known for the calm seas that favour crossings.  However, figures this month have still not reached the level that they did in June.

The Canarian route is one of the most dangerous ways for migrants to get to Europe. Most boats take around four or five days to reach the islands and the small wooden fishing boats are usually crowded with around 30 to 40 migrants. This overcrowding can lead to boats capsizing and shortages of water and food – many arrive in a state of dehydration.

Even more risky are the currents that lead to the Canaries, which can cause boats to miss the islands completely and head out into the Atlantic to an almost certain death. The Caminando Fronteras organisation has reported boats drifting into the Caribbean with all occupants dead.

The United Nations’ Missing Migrants project  has calculated that 785 migrants have lost their lives on the Canarian route this year, 379 of them in August alone.  These figures, however, are only the ones that could be confirmed through the retrieval of bodies or  testimony of witnesses. Caminando Fronteras estimates that the real number is around 2,000, taking into account at least 30 boats that have disappeared without trace.

The death toll has prompted further calls to install a SIVE early detection radar system in northern Lanzarote. However, the Spanish Minister for the Interior has so far refused to do so.