Later today, the UK government will announce its revised travel lists for the next three weeks and there’s a reasonable chance that the Canaries will be placed on the green list. But does it matter any longer? 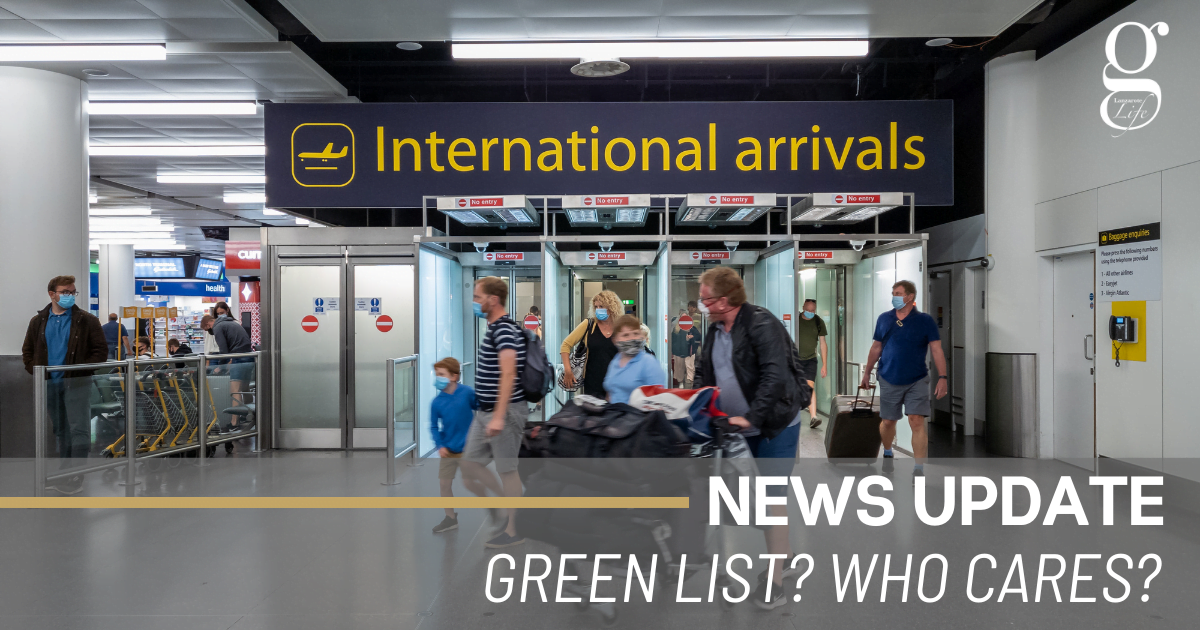 Under UK rules revised in July, there is no longer any difference in requirements for fully-vaccinated travellers who are travelling to the UK from green- or amber-listed countries. In both cases, a negative pre-flight test is required 72 hours before departure*, and a further PCR test must be taken on Day 2 after arrival.

The only travellers who would gain from a change in the listing to green would be those who are not fully vaccinated, for whatever reason. These people currently have to isolate for 10 days and take a Day 8 test on return from an amber country, but this is not required when arriving from green list destinations.   However, they may face disappointment after today’s announcement because although Canarian figures and vaccination rates are encouraging, they may not still meet green list criteria.

There have been several calls to abolish the UK’s amber list completely since the last changes in July, leaving only green and red lists.  However, any move to do so would probably include new requirements for those who are not fully vaccinated.

The next formal review of the UK’s travel policies, as opposed to its travel lists, is expected by October 1st, and there have been several reports in the press that the British government is considering scrapping the Day 2 PCR test for the fully-vaccinated completely. Such a move would make holidays much cheaper for families, in particular, and would boost the travel industry in the lead up to half term.

*The UK government recommends a PCR test, because not all antigen tests on the market fulfil the required sensitivity level. Most antigen tests available on Lanzarote, however, will do so and plenty of people have had no problems travelling with an antigen test.