The smell of freshly-poured tarmac, the whirr of cement mixers, photos of smiling politicians in hard hats and hi-vis – it can all mean only one thing – elections are on the way! 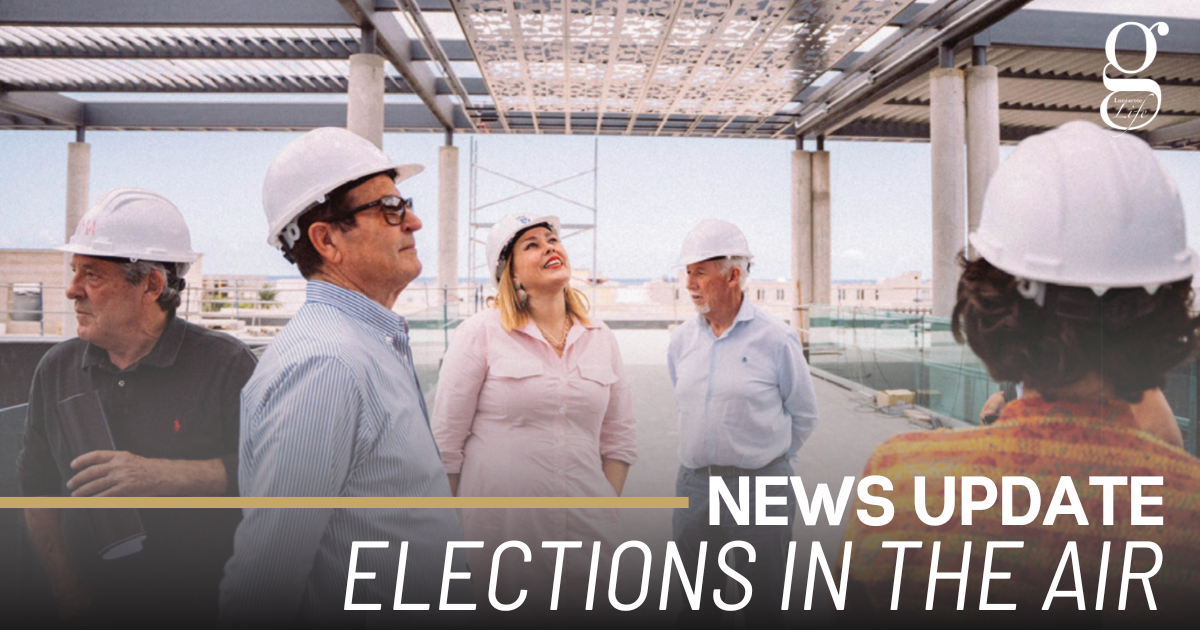 On Sunday, 28th May 2023, Spain will go to the polls to elect new representatives at local, island and regional levels. It may seem a long way away, but preparations and campaigning for the vote will have a profound effect on Lanzarote life over the months to come.

That’s because the future of Lanzarote’s seven Ayuntamientos (Town Halls), its island government, the Cabildo and the Canarian Government will all be decided on that one day. Local politicians at all levels are fully aware that their jobs will be on the line in less than a year, and many have started campaigning already.

As elections approach, the ruling coalitions that are frequently formed due to Spain’s PR voting system often start to crumble as parties seek to assert their identity and distance themselves from rivals. This process has already started on Lanzarote.

After the elections of 2019, the island saw an unprecedented alliance between traditional rivals from the right-wing PP and the left-wing Socialists, with the aim of ejecting the Coalición Canaria (CC) from power. This agreement dictated the makeup of the ruling groups in the Cabildo and Arrecife Ayuntamiento, but collapsed last November after Arrecife Mayor Astrid Pérez sacked all socialist councillors and formed a new ruling pact with the CC.

Politicians will also be more active generally, firing out press releases that criticise their opponents and trying to gain as much exposure as possible. There’ll be photos galore in the local press, and lots of smiles and handshakes.

The other sign that elections are coming is the amount of new works and projects taking place. This is partly because politicians like to show they’ve kept their promises and point to their achievements; but they also have to use up funds and grants that they will lose otherwise. That process is even more accentuated this term, after the Covid pandemic paralysed a lot of plans.

So if you want that pothole on your street to be filled or a lamppost to be fixed, now’s the time to have a word with your council.

At Gazette Life we’ll soon be counting down to next May’s elections, with guides to local parties and politics; and interviews with some of the main contenders for your vote.

Despite Brexit, the Spanish government have granted British residents in Spain the right to vote at the lowest level – the municipal council, or Ayuntamiento.

To vote, you’ll need to declare your intention to do so at your local Ayuntamiento, usually before the end of January in election year.

The same voting rights apply to Irish residents and others who come from EU member countries. However, these will also have the right to vote for their local Euro MP in the 2024 EU elections.

We’d strongly recommend everyone who is eligible to vote to do so – it is an immense privilege and a fundamental way of integrating with Lanzarote society.

Luis Fonsi in Arrecife confirmed
No butts on the beach!