The days of smoking on beaches look increasingly numbered. However, Lanzarote is lagging behind much of Spain and the Canaries in this respect. 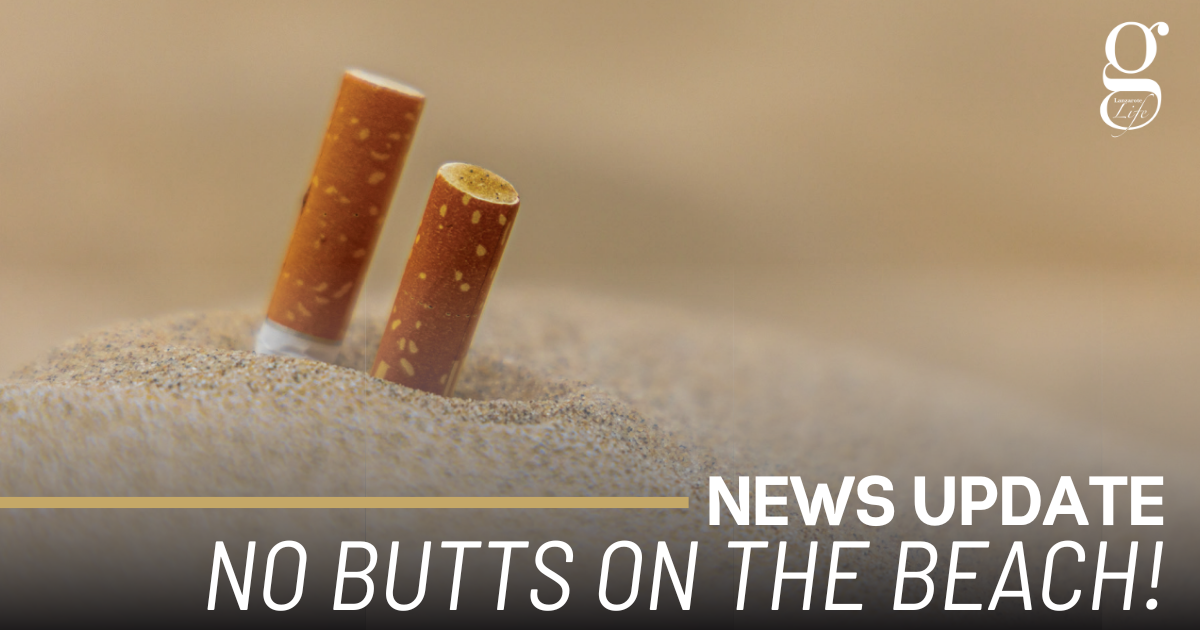 Spain leads the world in many antismoking initiatives. Smoking is now forbidden in all indoor public places, and anti-tobacco campaigners are aiming to extend the ban to outdoor areas. They claim this will reduce passive smoking, and also improve the environment.

The Playas Sin Humo programme currently lists 61 beaches on the Canaries where smoking is forbidden. It is one of the initiatives of the Canarian Government to cut down on smoking on the islands. However, not one beach on Lanzarote is listed.

A visit to any tourist beach in Lanzarote will confirm that plenty of smokers never bother to dispose of their cigarette ends. This is the case even on beaches that have provided ashtrays for smokers to use. Previous campaigns to request beachgoers not to smoke are now being replaced by by-laws and fines.

The decision to ban smoking on beaches is currently up to local councils. For example, if you smoke on Las Palmas’s famous Playa de las Canteras, you can receive a fine of up to €300, but in the resort of Mogán in the south of Gran Canaria, smoking can cost you €400 and throwing cigarette ends away up to €1,800.

This may change in the near future when the Spanish Government issues its new Anti-Tobacco Law, which is currently being drafted. The law already includes plans to ban smoking in cars in which children or pregnant women are travelling, and to sell tobacco products in neutral packaging, but the government is being put under increasing pressure to include a ban on smoking on beaches and the terraces of bars.

While proposals to ban smoking in the open air are widely supported in Spain, any such change may come as a surprise to tourists from other countries, where smoking on beaches is not regulated. In the UK, for example, only one beach, in Pembrokeshire, Wales, is “smoke free”.

The price of tobacco is another important factor in the amount of smokers in Spain. While a packet of 20 Marlboro will cost over €15 (£13.50) in the UK, the price on mainland Spain is less than a third of that at just under €5.

Prices are even lower on the Canaries, a special economic zone which is allowed to set lower VAT and duties. On these islands, British tourists can smoke four cigarettes for the price of one at home. However, the effect of these low prices on Spanish health is also clear – Spain has far more smokers than the UK, and its health services are paying the price.

Burglar charged
Teguise – The Living Past

Elections in the air
Scroll to top