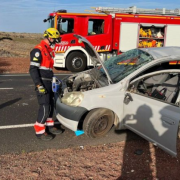 A young woman in her 20s has been injured in a vehicular accident this Monday on the LZ-301 between Playa Honda and Guime. 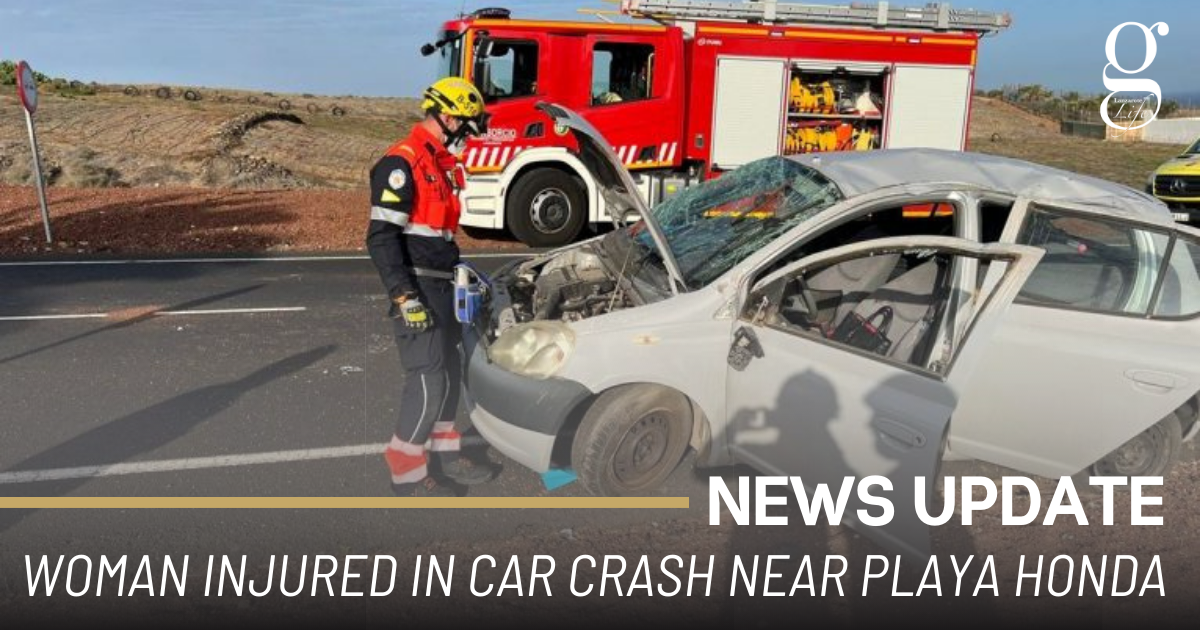 EDIT: We had previously reported the person involved to be a 25-year-old man, however, one of our readers pointed out to us that they had seen the crash and that it was in fact a young woman, they later called for help from the emergency services.

According to our reader, “I was driving up the hill as the car skidded off the road then overturned several times as it came down the hill. It was a woman who was pulled from the car, not a man! It was also us who called the emergency services, whilst it was still rolling.”.

Firefighters were alerted to a car accident that had occurred on the LZ-301 between Playa Honda and Guime this Monday at around 7pm, which had resulted in the car overturning.

The woman received medical attention from an ambulance that arrived and was later taken to the Doctor José Molina Orosa Hospital with minor injuries.