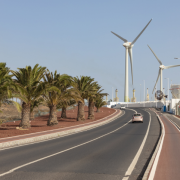 Last month, the Canarian government ordered the construction of a 6-megawatt wind farm just outside Costa Teguise and has told Teguise Ayuntamiento to “alter its general plan” to accommodate the project. 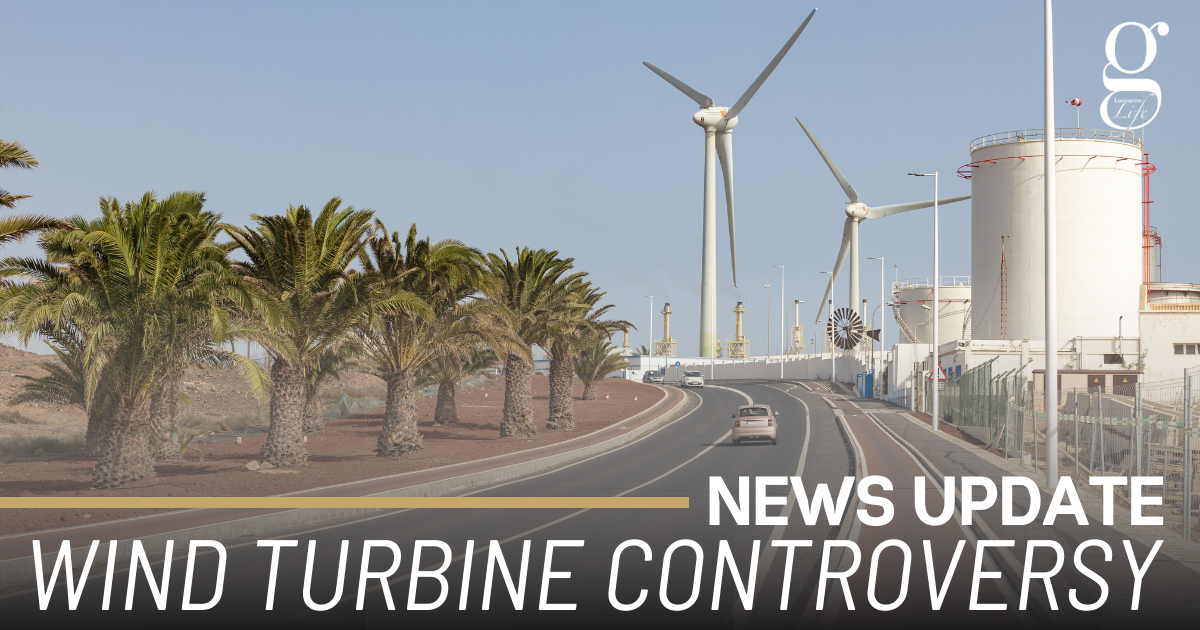 The wind farm (probably a single turbine, judging from the stated potential) will be located on a plot just inland from the small seaside village of Las Caletas, just a few hundred metres from the two wind turbines that were installed at Punta de los Vientos in 2016.

The Canarian Government used the “declaration of general interest” in the Canarian law on energy regulation to make the order, and the park will be built by the Renovertis company from Gran Canaria. They claim that the new “Vista Mar” wind farm will cost almost €8 million and create more than 42 jobs.

The announcement caused immediate controversy. Olivia Duque, spokesperson of the Coalición Canaria (CC) party which governs Teguise, said “The project does not conform to our municipal plan, but the Canarian Government has declared general interest and there’s nothing we can do about it.”

Duque claimed that the project should be controlled by the Cabildo, saying that when her party were in power such projects were publicly owned. “Under the Socialist Party, we are exposed to private interests and not the will of the Lanzarote people” she said.

Days later, the Cabildo joined the argument, saying that it would appeal against the project. President María Dolores Corujo said, “We share the Canarian Government’s wish to promote renewables, but we think that this should be done in an ordered manner, in order to guarantee the conservation of our most valuable asset – our countryside.”

Less than 10% of Lanzarote’s power is generated by renewable sources. While the island burns 180,000 tons of oil a year to generate its energy, the number of publicly funded solar panels has hardly changed in ten years. The dependence of an island that is blessed with wind, solar, tidal, and geothermal resources on imported fossil fuels is a continuing source of shame.

While the landscape is important, we don’t recall ever hearing a tourist complain about the wind turbines on the island. They’ve certainly complained about the filthy power station that is clearly visible from tourist beaches in Costa Teguise, though.

We hope the Cabildo is serious about its commitment to renewables and agree that they require careful planning. But for years now we’ve heard enough good intentions on this matter from island authorities and seen far too little action. Urgency is now required.