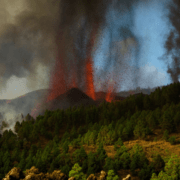 Flights to La Palma and Tenerife North airports have been suspended because of ash from the volcano at Cumbre Vieja, which has now entered a more violent and explosive phase than before. At the moment, only flights to and from La Palma are affected. 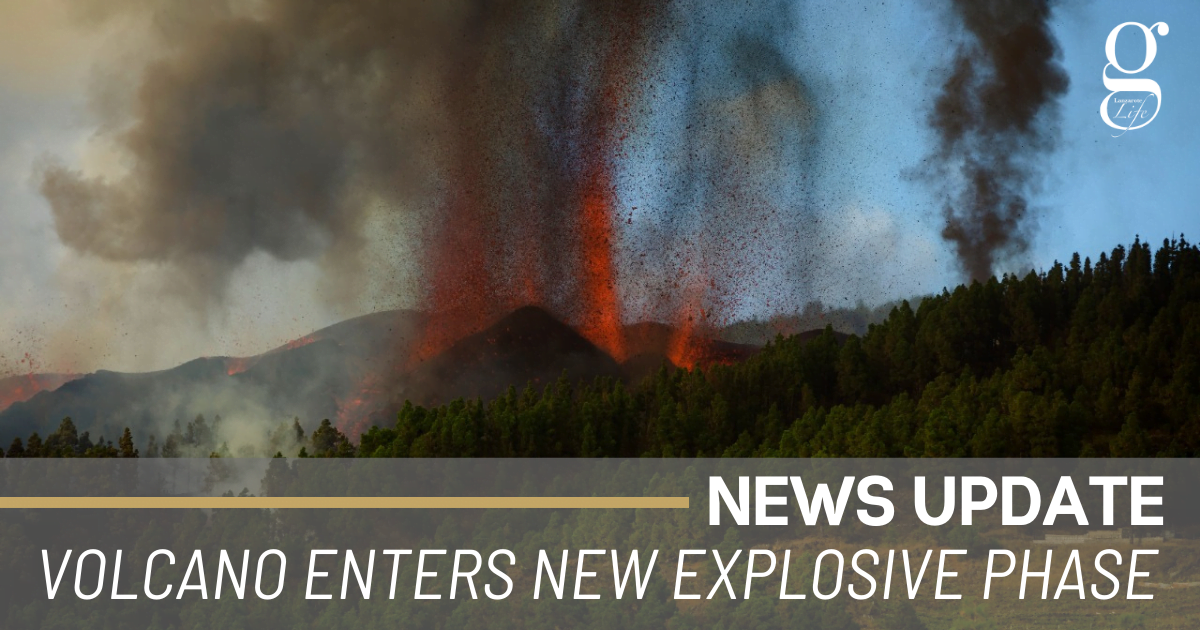 Yesterday, the scientific committee of the Canarian Plan for Volcanic Risk Emergencies, Pevolca, announced that the volcano on La Palma had opened two new vents, which were expelling liquid, fast-moving lava. As a result, the committee, fearing a new, more explosive episode in the eruption, ordered the evacuation of the three villages of Tajuya, Tacande de Arriba and Tacande de Abajo.

Maria José Blanco, head of the National Geographic Institute in the Canaries, explained that the initial advice had been for locals to remain indoors and sweep volcanic ash from rooftops before it became too heavy. However, that advice changed yesterday with the increased risk of larger, heavier ash fragments falling; the possibility of a lava flow and, in the worst case scenario, a pyroclastic flow if the volcano collapses.

The entry of the volcano into an explosive phase three days ago has also increased the amount of ash in the atmosphere, and the wind conditions in the western Canaries mean that the decision was taken to suspend flights into and out of La Palma yesterday. Air services to La Gomera and Tenerife were also briefly suspended, but improved conditions today caused Binter to announce the resumption of services to these islands. La Palma airport, however, remains closed.

Canarian president Ángel Victor Torres broke down in tears and rushed out of a press conference yesterday, after talking about the losses to La Palma’s islanders. Torres said “There is no consolation for those who have lost everything at this moment. It is very tough to think that your house is there while this black monster advances unstoppably. And it’s impossible to put ourselves in their shoes; but all Canarians are with them.”