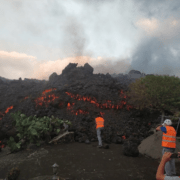 One week after the volcano in La Palma started to erupt, there is still no sign that its activity will stop any time soon. Meanwhile, the damage and cost of the eruption mounts. 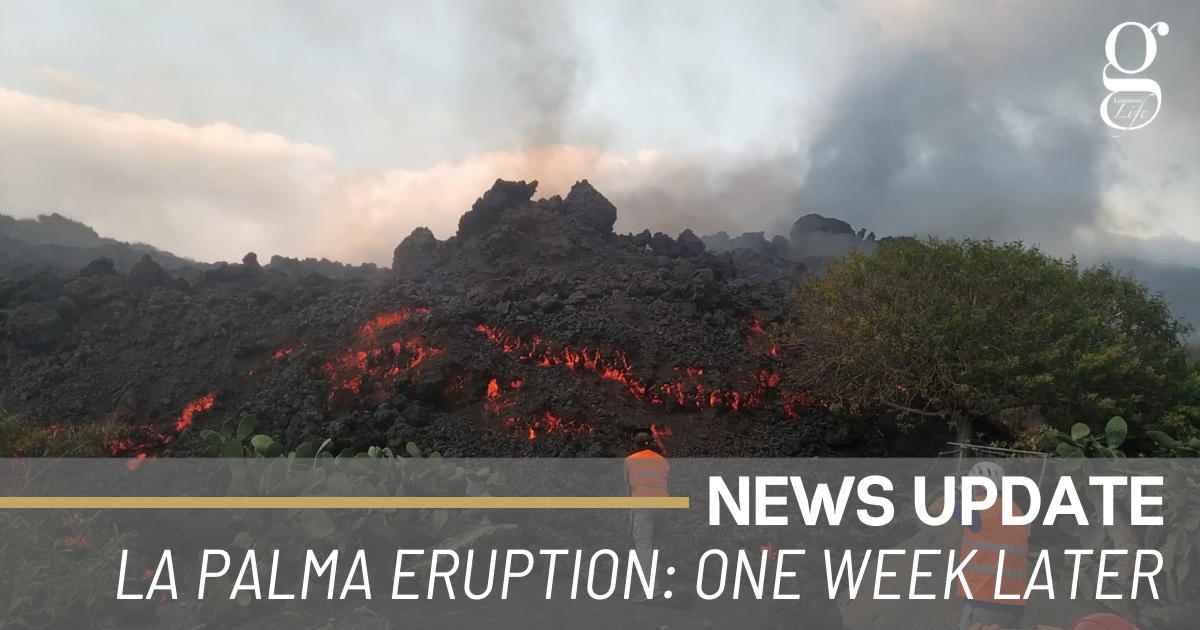 The cone of the volcano partially collapsed yesterday, sending massive pieces of rock tumbling downhill; and a new vent of fast-moving liquid lava opened up to add to the two that had already opened on Friday.

Nevertheless, the explosive activity of Friday has diminished, causing Miguel Ángel Morcuende of the Canarian Volcano Emergency committee Pevolca to issue a reassuring message “We’re not witnessing a phenomenon that is more explosive than normal. This is a typical Canarian volcano.”

Locals are now almost used to the constant roar of the volcano and the huge column of smoke which can be seen issuing from the volcano, and the endless task of sweeping up the ash that constantly falls like snow has become tiresome.

No lives have been lost in the eruption, but 461 homes and other buildings have been destroyed, several of which have been videoed as the unstoppable wall of lava crushes them. Almost 20 kilometres of road are now lost beneath the lava flow, which covers an area of 212 hectares (520 acres).

Aerial photos seem to show that the lava flow is similar in nature to the one that occurred almost 300 years ago on Lanzarote, when lava ran through the town of Tahiche, skirted Arrecife and entered the sea at the Playa de la Arena.  This flow of young, black lava is where César Manrique and several other islanders built homes in a strange and beautiful landscape.

The destruction in La Palma is immense, and affects not just property but the economic future of La Palma’s banana growing industry, as well as tourism on the island. However, even though we don’t know when, the eruption will finish one day, and then Canarians will rebuild, just as they have always done.