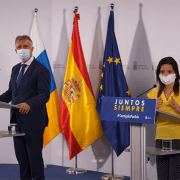 Tourists travelling from Germany with TUI  will be subject to “selective and voluntary” screening tests from November, the Canarian Government announced yesterday. 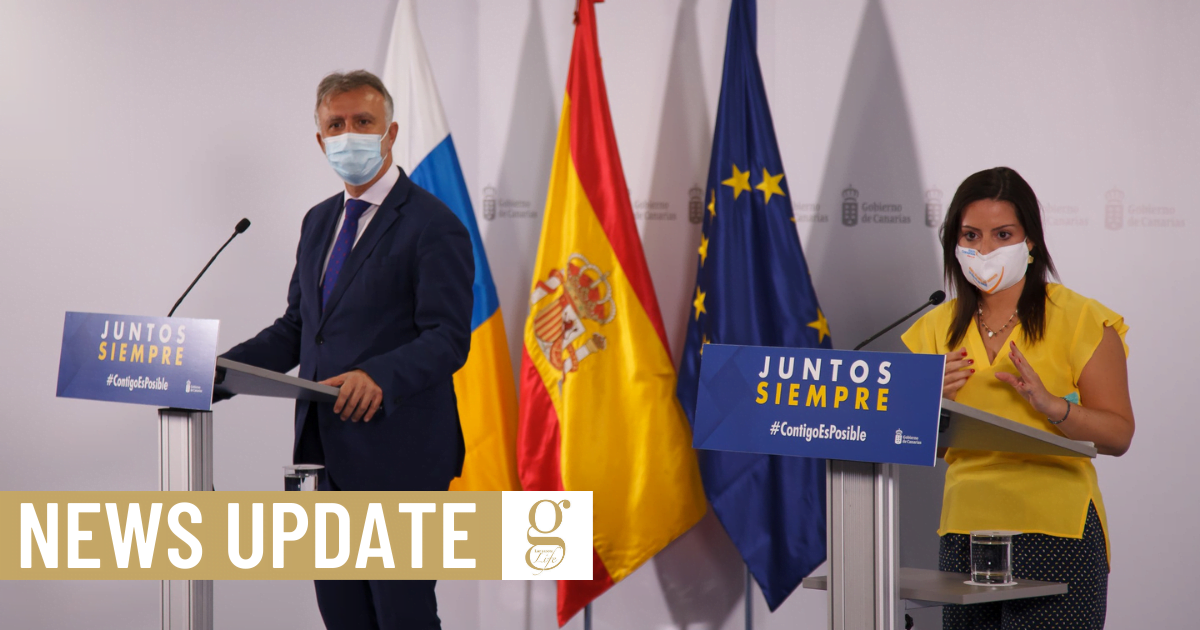 The initiative was agreed in a video-conference yesterday, in which Canarian President Ángel Victor Torres and Tourism Councillor Yaiza Castilla spoke to TUI’s Hotels ands Resorts CEO, Sebastian Ebel. TUI have already confirmed that they will recommence flights to the Canaries this weekend, starting with seven flights a week.

Ebel congratulated the Canaries on successfully flattening the curve of Covid-19 infections and said that he expected the German government to remove the Canaries from it’s “unsafe to travel” list in the near future.

Screening will be carried out according to the level of contagion in the area the tourists come from and will be voluntary.  What is perhaps more notable is that this is the first attempt by the Canaries to set up its own “travel corridor “ with the help of  a tour operator, after the failure of Spain’s Tourist Minister, Reyes Maroto, to come anywhere near establishing a protocol for safe corridors at a meeting with other EU tourist ministers on Monday.

Maroto’s final declaration of intent contained no concrete measures and received the backing of just  nine member countries: Austria, Croatia, Slovenia, France, Greece, Italy, Luxembourg, Malta, and Portugal. However, Germany, the Netherlands, Ireland, Sweden and Belgium – all of which are important markets for the Canaries – failed to support Maroto’s proposals.

The trade magazine TouriNews described the meeting as “much ado about nothing” and was highly critical that Maroto’s proposals did not include any details of how PCR tests at origin and departure might be carried out.

Canarian anger at Maroto’s lack of results was also evident in Spain’s parliament yesterday, as the maverick Coalición Canarian deputy Ana Oramas launched a blistering attack on Maroto. Referring to the government’s announcement to extend ERTE schemes until January 31st,  Oramas said “We don’t want ERTEs and benefits, we want the hotels open and to go back to work.”

In a scattergun attack that also criticised the central government’s decision to suspend Imserso travel schemes (subsidised trips for the elderly) and called for migrants with Covid-19 not be included in official Canarian statistics, Oramas still managed to express the sheer impatience and frustration that the Canaries is feeling as the winter season approaches.

Oramas called for tests at origin and departure and accused the central government of refusing them “for political reasons” (a possible reference to the Health Ministry’s refusal to establish testing in Madrid’s airport and railway stations, as requested by that region’s President). She pointed out that Portugal has already successfully introduced testing to Madeira; and Italy has also made it a condition for entering the regions of Cerdeña and Sicily.

The Canarian Government, meanwhile, has been calling for testing since the end of the lockdown, but the idea has been consistently rejected by the Health Ministry. The arrival of new rapid tests may change things, but the agreement with TUI shows that the local government here is increasingly impatient with central government’s failure to move forward on the issue.

Emergency calls from the wild
Grand work by The Boat Yard