While the Canaries has used hard-hitting advertisements that aim to shock younger people into complying with anti-Covid measures, Germany has decided to use humour. 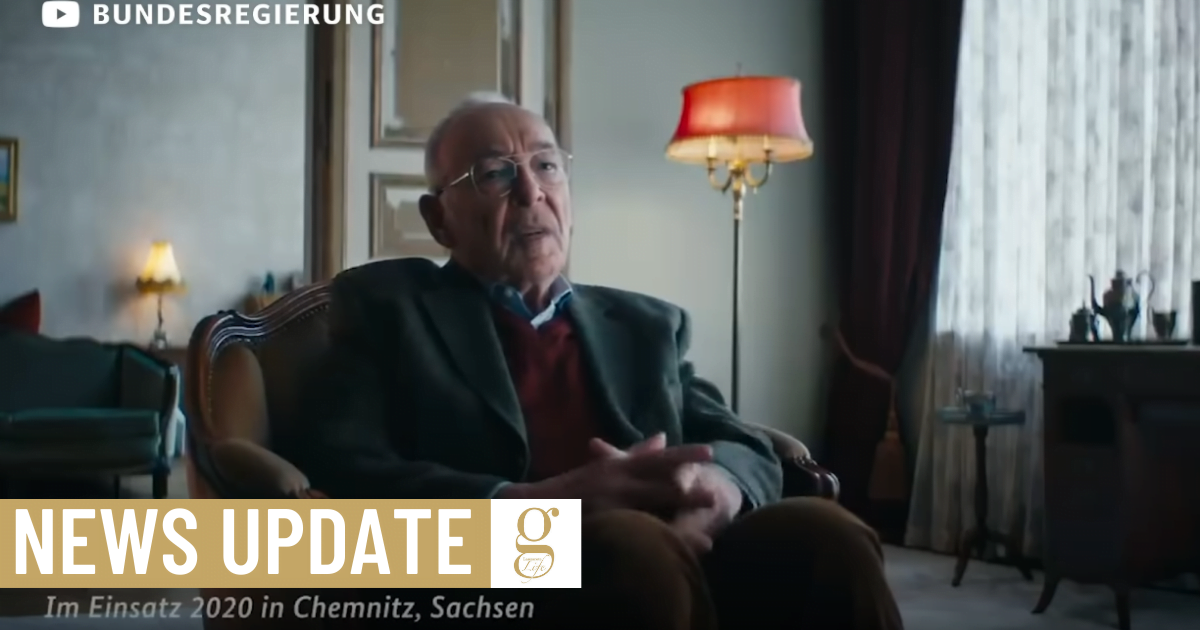 Apologies for the delay on the news today, we were having a few technical difficulties.

Two new adverts released by the German government show elderly people in the future reminiscing about the year 2020 . The form will be familiar to anyone who watched wartime documentaries, but in this case the subjects of the interview remember how, when the time came to be heroes, they  answered the call by doing nothing: “We kept our arses at home and stopped the spread of the virus”.

The ads then show young Germans lounging about in front of the television, bored to death, eating pizza and watching TV, and end with the slogan “Be A Hero Too. Stay at Home”.

Behind the humour there’s a serious point behind the advertisement, as millions of young people throughout Europe have seen their lives changed completely by the pandemic. “I was 22. At this age you want to party, to study, to get to know new people…but fate had other plans for us” says elderly “Anton”.  The suspension of education and the brutal loss of jobs has affected young people everywhere, and with nightlife closed and parties prohibited, their social lives have been extremely limited, too.

By showing us happy, healthy older people, the ads also remind us who the current anti-Covid measures are protecting. It’s a very different approach from some of the ads in Spain, which play on the terrible guilt that young people might feel by causing the death of a family member.

Scroll below to see one of the German ads with English subtitles.

Airport updates
Getting out of the red

Your Photos, Your Story: A letter to my younger self
Scroll to top