The Canaries continuing good performance in tackling the coronavirus means that the islands could soon be removed from the list of red “at-risk” regions in the European Centre for Disease Control’s (ECDC) traffic-light map. 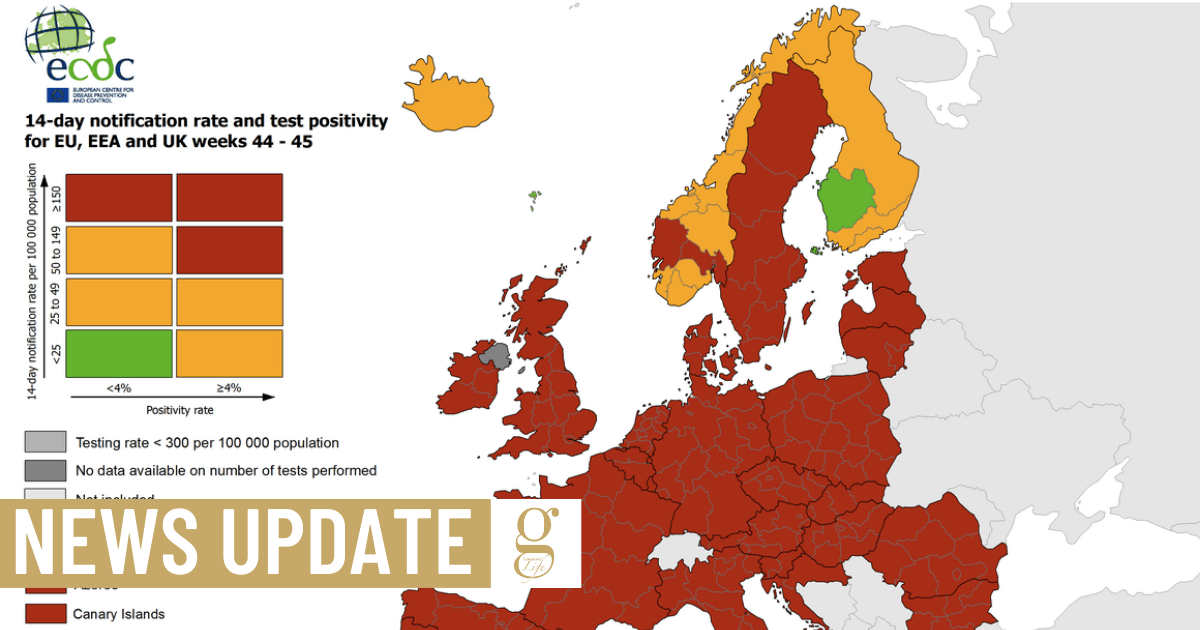 The ECDC produces the “traffic light” map that was adopted by Spain as the benchmark for its new law demanding tests from arrivals from at-risk countries and, to be classed as red, or “at-risk”, a country must have a 14-day infection rate of over 50 Cases per 100,000 people, as well as a percentage of positive test results over 4%.

Lanzarote 14-day infection rate currently stands at 44.65 and its positive test rate is just over 1.5%, putting it firmly on the amber list if it were to be assessed alone. In fact, five of the seven Canary islands would be orange under the current assessment criteria, with Tenerife and Fuerteventura both remaining in the red.

Although health ministers are claiming we have now reached the peak of the second wave in Spain, the nation will not escape from “at-risk” status for a long time yet. Nevertheless, the Canaries could do so if the situation on Tenerife comes under control.

Strict new measures introduced on Friday, including a “rule of six”, could help this to happen, and if it does, the Canaries will turn orange while the rest of Spain stays red. That’s because the ECDC’s map is based on regions rather than countries (Greece already has red and orange areas).

This will force the Spanish government to introduce mandatory tests on all travellers from mainland Spain to the Canaries. If they do not, they could be liable for discrimination claims under European law.

The advantages of coming out the red zone will be limited while most of Europe remains “at-risk” – it may mean that Canarian residents don’t require tests or quarantine when visiting other countries or regions, but they’ll still have to follow the same rules as everyone else when they return.

More importantly will be the strong message to tourists that the islands are a safe destination.

The Calima returns
Why migrants risk their lives

“The sofa was our front, patience our weapon…”
Scroll to top