Covid cases continue to rise on the Canaries, with Tenerife and Gran Canaria likely to join Lanzarote and Fuerteventura on Level 2 later today. 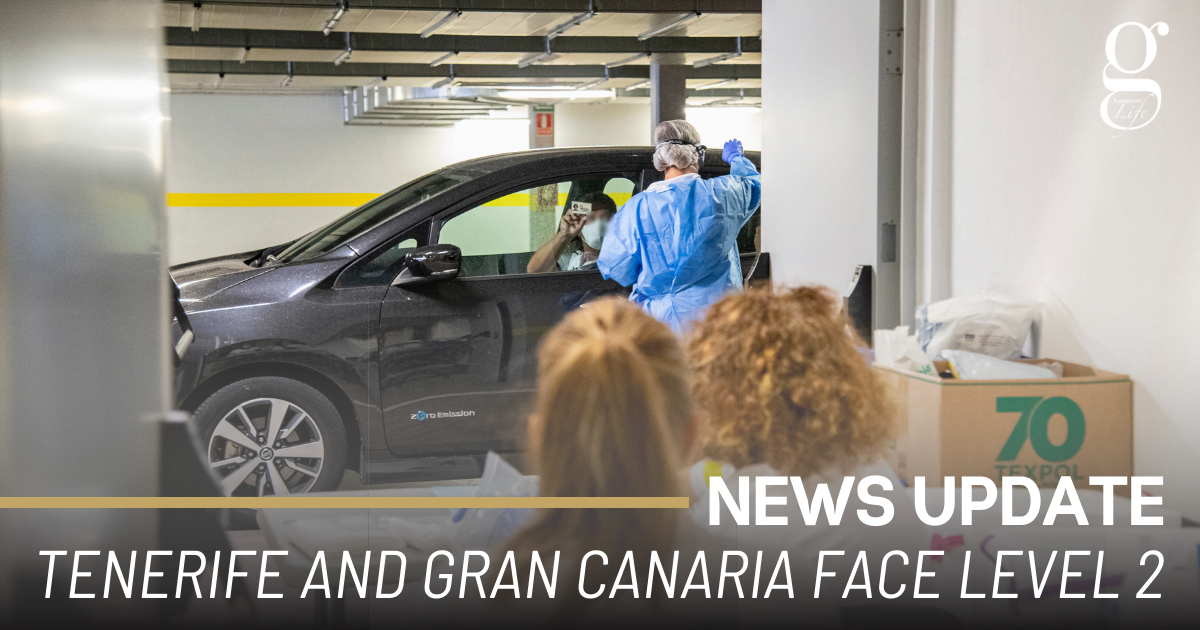 All four of the main islands have infection levels that are at medium risk or higher, and cases continue to rise. However, hospitals on all the islands remain at low risk status , and are at minimal risk on Lanzarote.

Figures on the island are now comparable to those in July and August, when the total of active cases hovered around 150. Arrecife currently has the most cases, although its high population means that infection rates in Tías, Teguise, Yaiza and Tinajo are higher, especially among over-65 year olds.

Some of the new cases are tourists, and Spanish national figures indicate that 84 of the 694 positive tests on the Canaries in the last seven days were imported. In Spain as a whole, Germany is now the leading source of imported cases, closely followed by the UK.

Nevertheless, most cases appear to be occurring in the same situations as they always have. The Canarian Health Service’s weekly report on new outbreaks, published yesterday, lists social gatherings as the main source of outbreaks, accounting for 30 in the last week. These are followed by family situations (28), workplaces (26) and educational centres (17).

The worst outbreak on Lanzarote has occurred at the Hospital and involves 18 cases, 10 of whom are patients and three health workers.

Lanzarote’s tourist association, Asolan, has expressed concern about the effect that latest wave of cases in Europe will have on winter season tourism. Susana Pérez, Asolan’s President, told Lancelot that the sector was worried about source countries imposing new travel restrictions, although she said that “I don’t think the UK will take these steps.”

Pérez and other Canarian tourist associations are calling for the introduction of Covid passports, which they see as a preferable alternative to limits on occupation of indoor areas and earlier closing hours.

Amos García, President of the Spanish Vaccinology Association and one of the leading Canarian experts on the pandemic, has also stated that “Now is the time to introduce Covid Passports”. García claims that there is broad consensus in the medical community that this measure is necessary.

There is, however, little consensus in the legal community that such measures are constitutional, and there have been several conflicting decisions by regional supreme courts on the issue. García has called for a national law to be introduced, although he admits he does not know how this will be achieved.

Against Gender violence
Scroll to top