The pool of raw sewage that has caused an appalling stench in Argana Alta in Arrecife for over a week has finally been cleared up, but the smell lingers. 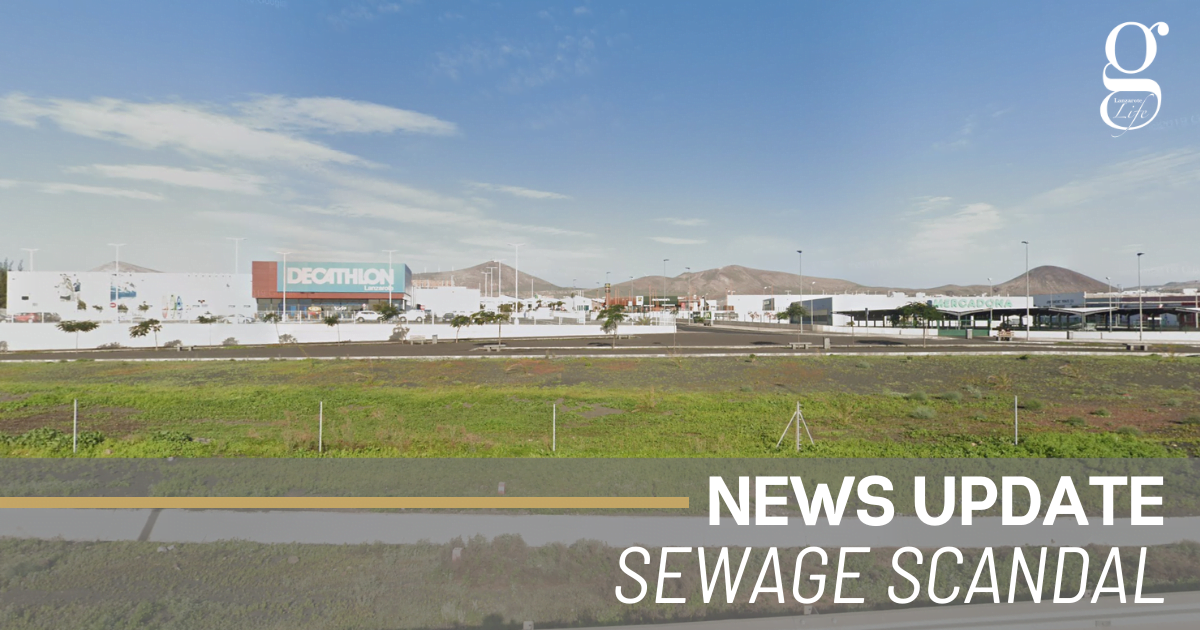 The leak, which was caused by a blockage in the sewage purification station at the roundabout near the hospital which links the LZ3 ringroad and the LZ 20 road to San Bartolome, was left untreated for over a week, causing widespread disgust among local residents and visitors.

Canal Gestión, who control the island’s water utility, claim to have stopped the leak by laying concrete over the damaged pipes, and say that the sewage pumping station is back in working order again.  However, they have denied any responsibility for clearing up the mess left behind by the leak, saying that the island’s Water Consortium – a cross-party group of politicians – are responsible for these duties.

Canal Gestión have also said they know nothing about other leaks reported at the Charco de San Ginés, which caused the death of a number of fish, and Punta de Camello – the headland to the west of Playa Reducto. These leaks were reported last week, and the Ayuntamiento of Arrecife has demanded a full report from Canal Gestión.

The Guardia Civil have also investigated the leak, with a view to possibly charging those responsible for it. The powerful reek of human waste has caused widespread fury and disgust among residents, business owners and local politicians.

Meanwhile, Arrecife Council workers have commenced the annual job of clearing drains to prepare for winter rains. The capital has suffered regular floods during downpours, and these have also caused sewage pipes to back up, leaving a familiar stench afterwards.

Arrecife, however, is not the only town in Lanzarote to suffer sewage leaks. All three of the island’s tourist resorts have seen sewage spills in recent years.

A stressful summer
Scroll to top