The new lava flow from the volcano at Cabeza de Vaca on La Palma is placing around 100 buildings at risk. 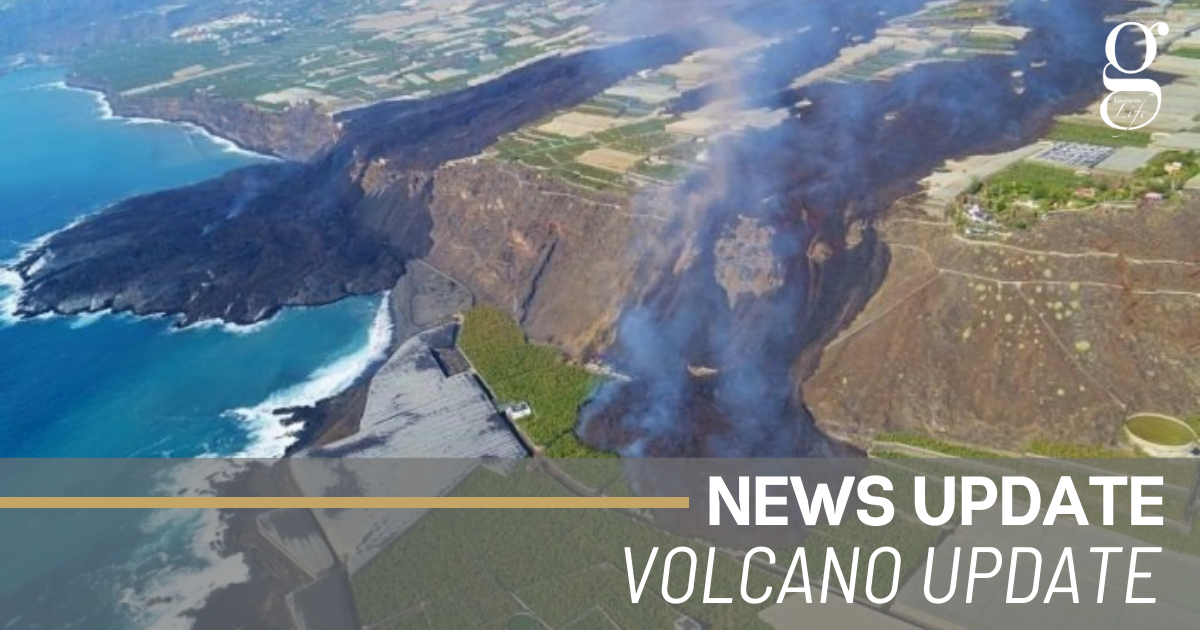 Three weeks after it started erupting, the  volcano has already destroyed 1,186 buildings, and the collapse of part of the cone that was being formed by the eruption on Friday night has caused lava to spread in new directions.

The largest new lava flow has occurred slightly to the south of the one that entered the sea several days ago. Like that flow, it has also fallen off a cliff, but has been prevented from reaching the ocean by a plateau that was caused by the eruption of the San Juan volcano in 1949. Banana plantations that were since established on the fertile soil of this plateau have already been destroyed.

Earthquakes of up to 4.3 magnitude – strong enough to be felt on the whole island –  continued to be registered last night.

Locals who live in affected zones  outside the security perimeter will today be allowed back to their properties to collect personal belongings. This operation will be undertaken under strict supervision. Airports on the Canaries are all operating normally at the moment. However, airlines advise travellers to check their flights up to the last minute, especially those to La Palma or Tenerife North, which are the most likely to be affected by ash clouds.