The Canaries registered a record number of daily Covid cases yesterday, with a total of 816 positive tests in a single day, over half of which occurred in Tenerife.  Gran Canaria, which was recently managing to control the virus well, has also shot up, with 306 cases. 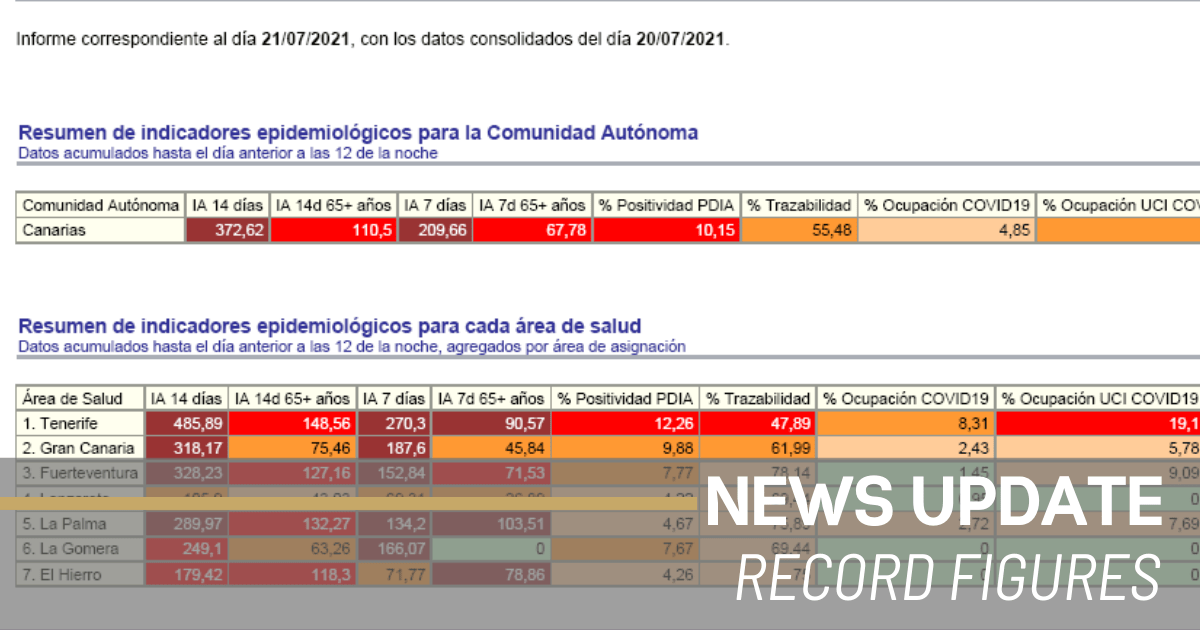 Fuerteventura logged 36 cases – another worryingly high number, while La Palma registered 18. Lanzarote only saw an increase of 11, but it’s far too early to make any confident predictions about how the island will progress in the coming weeks.

The Canaries as a whole now have infection rates classed as “very high risk”, and Tenerife, Gran Canaria, Fuerteventura and La Palma are also in this category, which may well see Gran Canaria and La Palma raised to Level 3 at tomorrow’s weekly review by the Canarian Government.

There will be hard questions asked if Tenerife doesn’t also get raised to Level 4. Lanzarote spent several weeks on Level 4 earlier this year, with strict measures that are no longer legal, such as curfews and bans on inter-island travel. Complaints that the largest island is receiving preferential treatment, and that its hotel and catering sectors are influencing the Canarian Government, are already being heard.

Lanzarote’s infection rates are now at medium risk (Level 2), and the island’s low hospital occupancy (2 people are on the non-urgent Covid ward) may grant it another week on Level 1 tomorrow.

Despite these grim figures, the Canaries still have some of the lowest rates in Spain. Only Murcia and Castilla La Mancha have better figures.

Meanwhile, Spain is also performing better than France and, especially, the UK, where restrictions are now virtually non-existent and a third of a million cases have been registered in the last week.

Writing in Lanzarote
Scroll to top