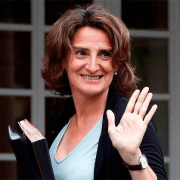 Spain will lift its 14-day quarantine requirement on foreign visits on July 1st, clearing the way for a return of foreign tourism.

The decision was made yesterday at a ministerial meeting which included the Vice President of Spain’s government, Teresa Ribera, and followed criticism by France’s  minister, Elisabeth Borne, who recently told French visitors not to visit Spain because the country was giving a “contradictory message” by telling tourists to plan their holidays in Spain  while still quarantining airline arrivals.

The announcement has been received with enthusiasm by tourist associations, while tourism companies have surged on the stock exchange.

However, plenty remains to be done, not least the arrangement of agreements with countries such as Portugal, France, the United Kingdom and Germany, which account for the majority of visitors to Spain and which may have their own quarantine regulations. Also vital will be the establishment of safety protocols for flights.

Yaiza Ayuntamiento’s confusing stance on the re-opening of beaches in Playa Blanca  should be resolved tomorrow, when lifesavers are installed on the beaches of Playa Flamingo and Playa Dorada.

The council had placed fences with “No Swimming” signs on them at entrances to both beaches, but were later forced to admit that this was merely a “recommendation”, and that no beach on Lanzarote was officially closed to the public.

While beaches in  Costa Teguise, Puerto del Carmen, Arrecife and other towns and villages were filled with islanders enjoying a gorgeous day in the sun, Playa Blanca’s town beach soon put up a sign saying that the small beach had reached maximum capacity.  Meanwhile, Dorada and Flamingo remained fenced off as the private companies which operate services on them had failed to provide lifesavers. Beaches are likely to provide little income while sun loungers remain prohibited.

The difference between prohibition and non-recommendation can be a confusing one on the Canaries. While other islands have chosen to fine bathers for swimming in red flag zones, this has never been policy on Lanzarote, even on dangerous beaches such as Famara.