There will be no new curfews in the Canaries after Spain’s highest court rejected the Canarian Government’s appeal to permit the measure yesterday. 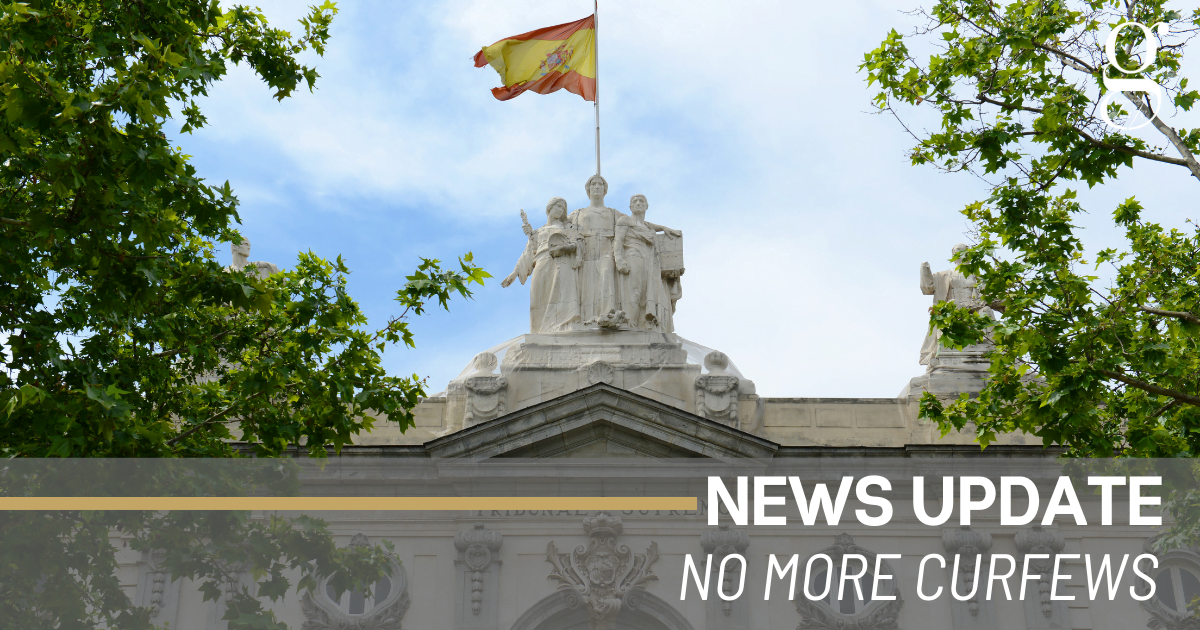 The Canarian Government had initially asked the regional Canarian Supreme Court for curfew powers, but this request was rejected on the grounds that there was “no reason to believe that risky behaviour  is even more dangerous when carried out at night time, or that safe behaviour stops being so because night has fallen.”

As a result, and faced with rising case numbers on Tenerife, the Canaries became the first region to appeal this issue to Spain’s Supreme Court in Madrid. However, that court supported the regional court, agreeing that curfew measures were “disproportionate.”

Rulings of the Spanish Supreme Court overrule those made in  regional courts, meaning that this judgment may have an effect on other regions whose regional courts have supported curfew measures. But the Spanish Supreme Court said that other regions had suffered much higher infection rates and pressure on hospitals: “extreme situations” which may justify curfew measures.

While Tenerife is the worst-affected of the Canary Islands, its 7- and 14- day infection rates remain well below the Spanish average, and are almost half those of regions such as Catalonia and Navarra, where curfews remain in place.

The rulings mean that, unless the situation on the Canaries reaches extreme levels or the Spanish Government calls another state of alarm ( something that Prime Minister Pedro Sánchez has explicitly ruled out), there will be no more curfews on the Canary Islands.

What’s On in Lanzarote in November
How soon is soon?