Spain’s Health Minister Carolina Darías yesterday announced that her ministry would not support  “Covid passport” schemes for bars and restaurants, and reminded Spain’s regions that vaccination  “is not obligatory” . 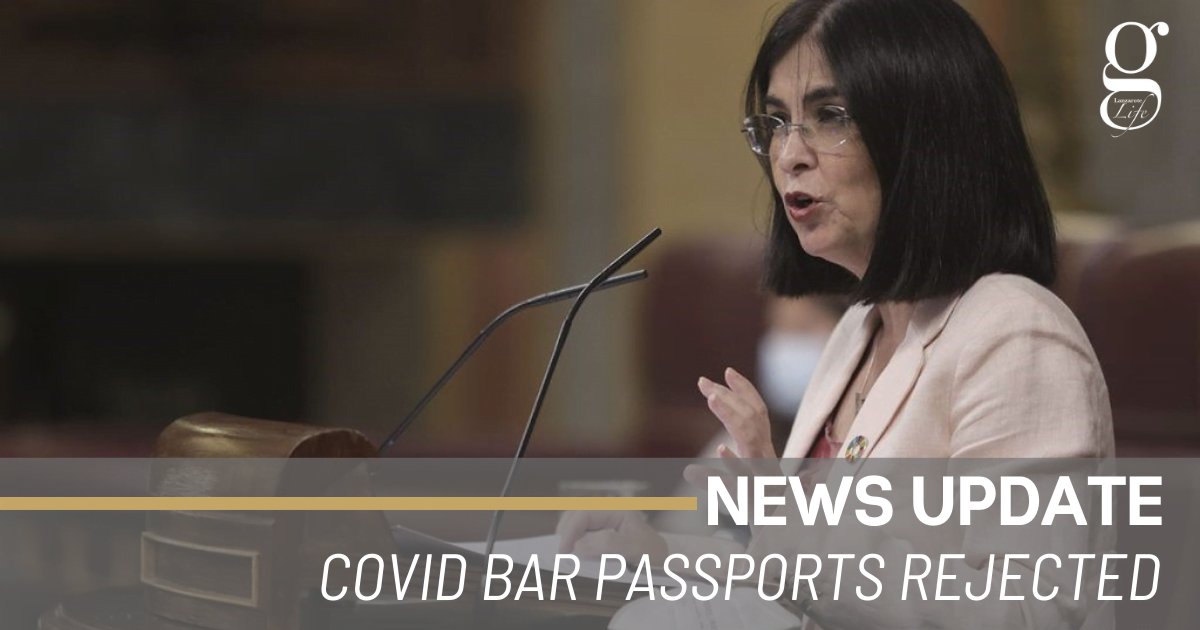 After a meeting with regional authorities, Darias made it clear to the regions that regulating entry to bars and clubs was not the original intention of the EU Covid certificate, which is intended to assist mobility across national borders.

The Canary Islands has already introduced rules requiring customers who wish to enter bars and restaurants on islands that are in Levels 3 and 4  to show their vaccine certificate or proof of a negative test result. Darias acknowledged that some regions had already introduced the rules, and admitted that it was still to be established in court whether they had the legal authority to do so.

Darias also offered a reminder that being vaccinated is not obligatory in Spain, in response to proposals by the Canaries to make vaccination compulsory for certain public employees in essential services. “In Spain it is not obligatory to receive the vaccine”, Darias emphasised, pointing out that the vast majority of health workers are now fully immunised and that “there is no problem” in this regard.

The freedom to accept or reject the vaccine has always been fundamental in Spain, and all potential recipients of the vaccine are first asked whether they wish to receive it.

Darias’s comments on vaccines and the use of Covid certificates in bars and restaurants are a further knock-back for a Canarian Government which saw its appeal to re-introduce curfew measures rejected by the Supreme Court earlier this week.

The Canarian Government already has a record for pushing the law to its limits after attempting to overrule Spanish border control laws last year in a failed attempt to make negative antigen tests an acceptable condition for entry.

What’s On in Lanzarote in November
No more curfews