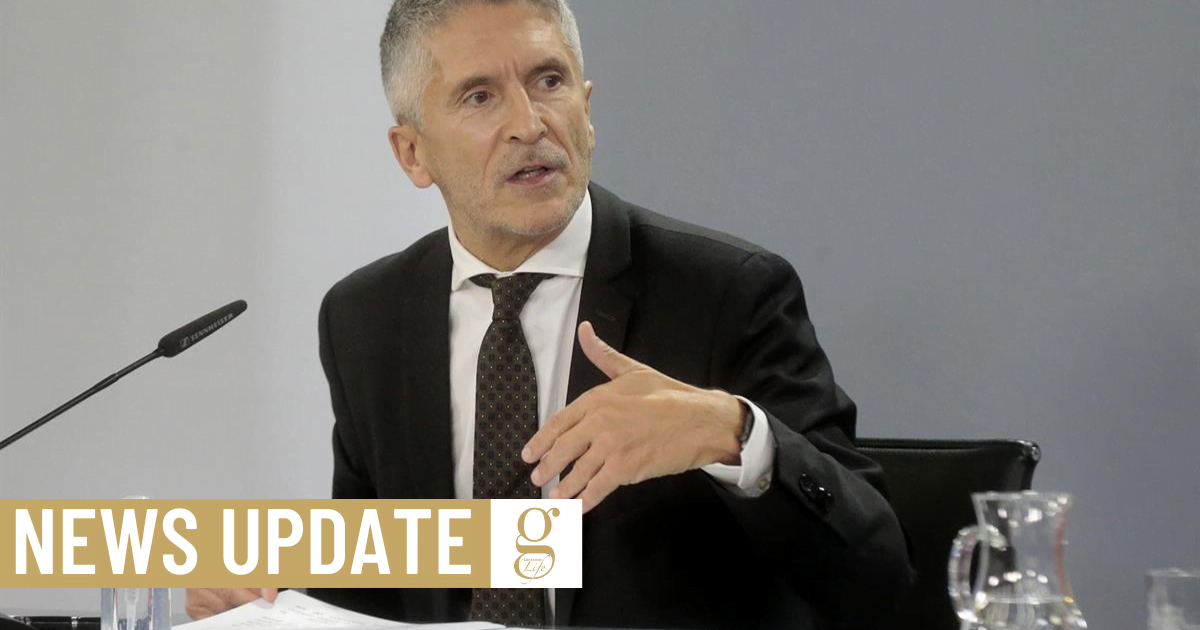 Torres’ threat followed statements by the Spanish Interior Minister Fernando Grande-Marlaska, who was visiting his opposite number in Rabat, Morocco, with the aim of persuading that kingdom to step up controls on migration. When asked if Spain would be transporting migrants to the mainland to relieve the pressure on the Canaries, Marlaska-Grande said “We have to fight against irregular immigration, and avoid the establishment of routes of illegal entry to Europe.”

The Canarian government have repeatedly requested that migrants be relocated to the mainland, as they simply do not have the space to accommodate the thousands of migrants who have arrived this summer. A temporary camp that has been set up on the pier at Arguineguín in Gran Canaria is overcrowded and clearly unfit for purpose. While on Tuesday, 200 migrants were taken from Argeneguín to Las Palmas where they were left without accommodation outdoors overnight, in an episode that caused shock throughout the Canaries and Spain.

Marlaska -Grande’s apparent support of the “efecto llamado” or “pull effect” theory of migration has also opened up breaches within Spain’s governing coalition. Pablo Iglesias of Podemos has denied that pull effects are a factor in this type of migration, and his party support the Canaries in bringing migrants to mainland Spain.

Yesterday, the central government announced that it would use European funds to set up tents for 7,000 migrants on the Canaries, moving many of them off Arguineguín pier and out of the tourist complexes they have been placed in up until now.  The process of repatriating migrants will be undertaken in these centres, the government said.

Vaccinations “not obligatory”
Scroll to top