The Spanish government will annul and refund all fines that were issued during last year’s lockdown, after Spain’s Constitutional Court ruled that the “stay at home” measures that were introduced were illegal. 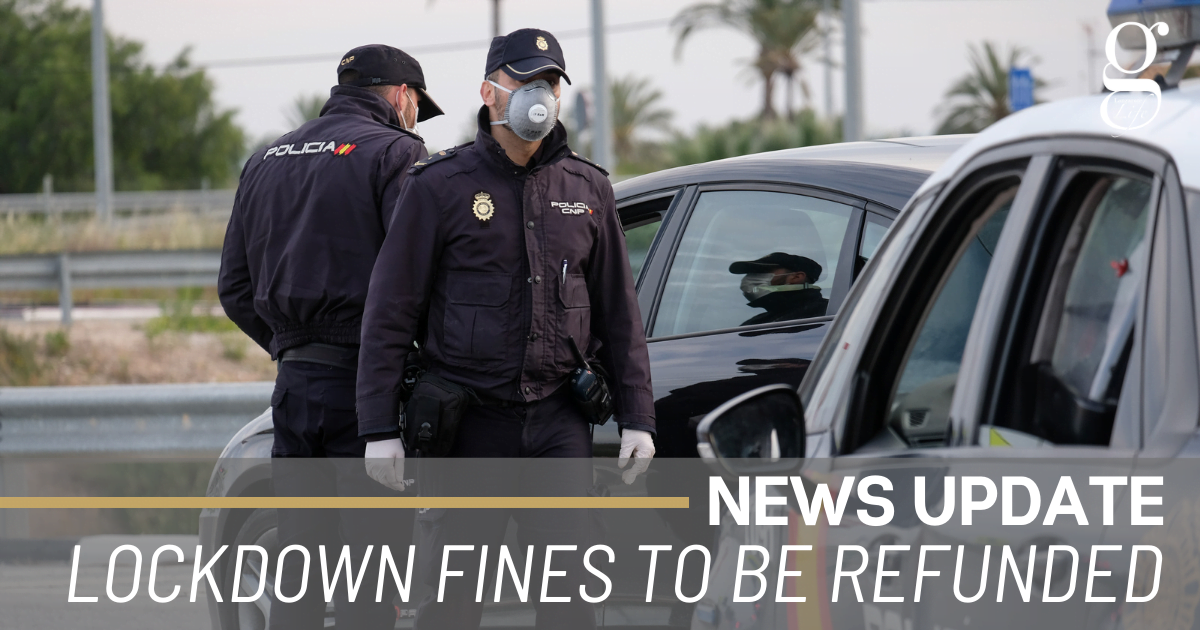 In order to confine the population, President Pedro Sánchez declared a State of Alarm on 14th March, and this was renewed on a fortnightly basis until 21st June.  However, the Constitutional Court ruled in July that restricting the liberty of citizens is not one of the powers that can be applied in a State of Alarm, and that this can only be done during a State of Exception, which requires the prior approval of Spain’s lower house of parliament, the Congress of Deputies.

Over a million fines were issued during the lockdown, although a large proportion were never followed through.  The government has set up a team of 235 public servants who will work with the Government Delegations throughout Spain to identify fines that were paid and refund those affected.

According to the government, the Government Delegations will handle the procedures and citizens will not have to make a claim in order to get their money back. They will, however, need to identify a bank account to the authorities for the return of the money.

The news will be welcomed by many who were fined on Lanzarote, such as the Tinajo man who took his chicken for a walk to take advantage of dog-walking exceptions to the rules, or the swimmer at Charco del Palo who was identified by a police helicopter and emerged from the water to find agents waiting for him.