The widely-publicised drone rescue of four dogs from buildings trapped between two lava flows in Todoque, La Palma, has been abandoned after the dogs disappeared, apparently removed by a group of unknown rescuers who call themselves “the A-Team”. 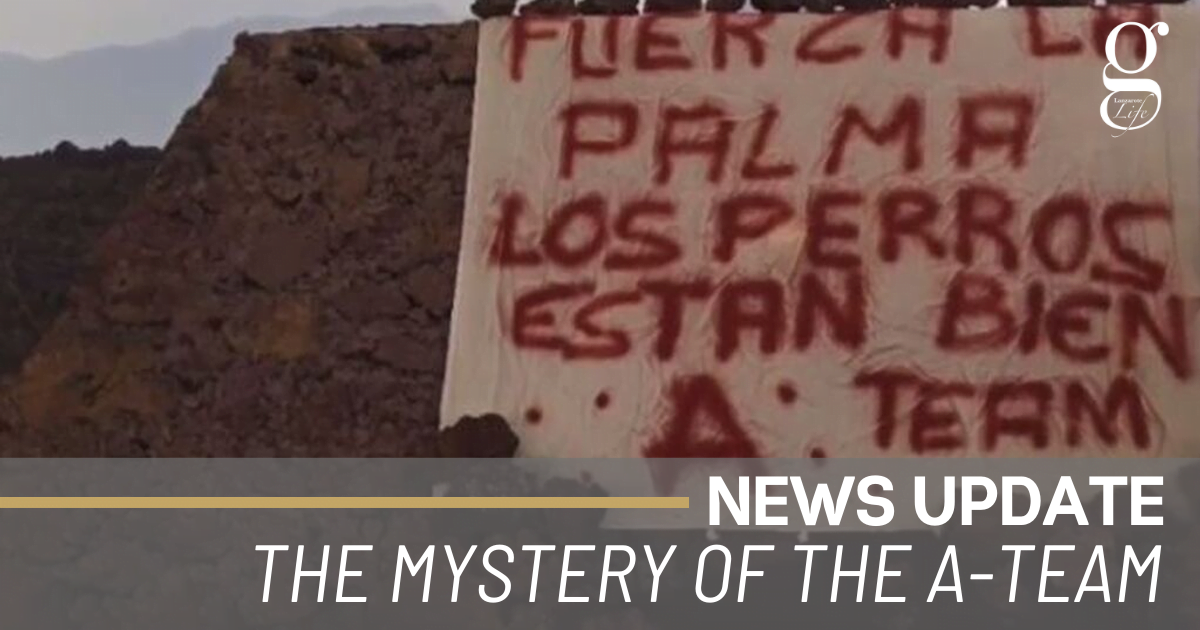 No trace of the dogs was seen by surveillance drones on Wednesday as the rescue operation was planned, and later photos were released of a message painted on a white sheet and anchored on one of the rooftops. The message said “Power to La Palma. The dogs are fine. The A-Team.”

It appears that the dogs were removed by people who walked across at least one of the solidified lava flows, breaking the strict exclusion zone laid down by local authorities. Miguel Ángel Morcuende, head of the Canarian Volcano Emergency Plan, said the act was “disgraceful.”

The identity of the “A-Team” is also a mystery, and the welfare of the dogs has still not been ascertained. At first, rumours circulated that the owner of the dogs had returned to fetch them; then the rescue was attributed to an animal rights organization.

Later, photos were released of six dogs that were supposedly the animals that had been rescued. However, the images were crudely photoshopped onto an identical background, and there is no way of proving that they are the dogs in question.

Information later released to a hunting website claimed that the dogs had never been abandoned in the first place, but had escaped from their owners while out hunting at the time of the eruption. The same source said that “the dogs are where they ought to be, with their owner.”

However, many who are aware of how hunting dogs are commonly treated on the Canaries have treated these claims with scepticism and, while there is general agreement that they have been saved, there is no confirmation that they are healthy or well cared for.