Five rubbish containers were destroyed by fire on Calle Nicaragua in Puerto del Carmen in the early hours of Saturday morning. Firemen joined Guardia Civil officers and local police to extinguish the fire, which destroyed four general rubbish containers and one of the green containers for glass recycling. 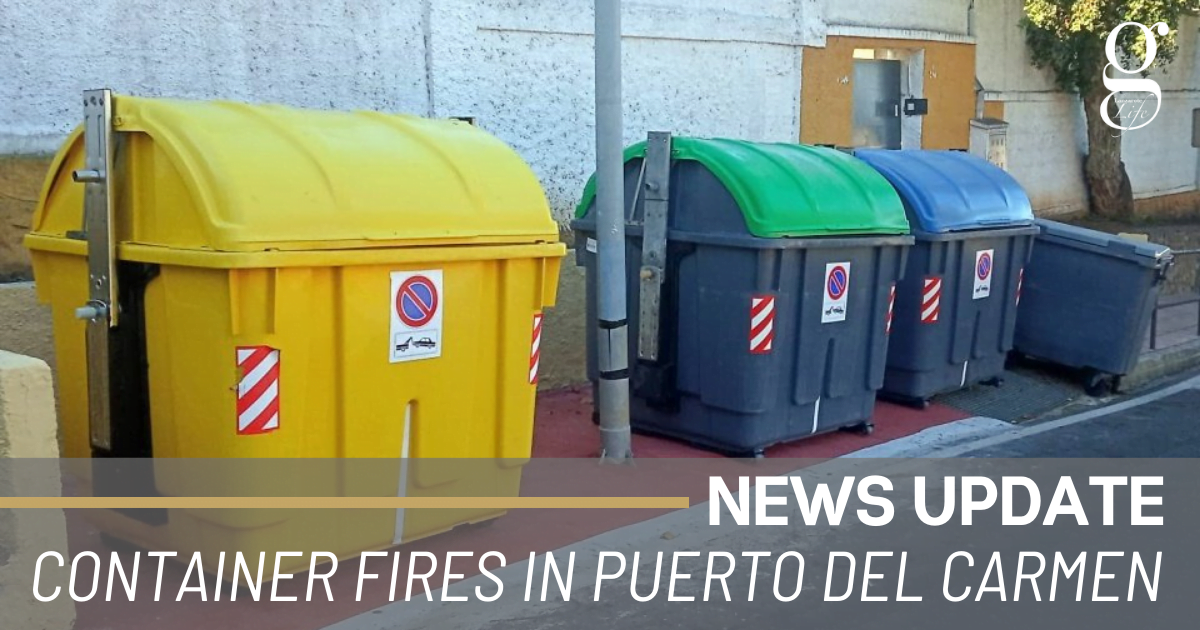 Although the firemen did not mention the cause of this fire, the burning of rubbish containers by vandals is a fairly common occurrence on Lanzarote. It has been such a persistent issue in Arrecife in recent years that the capital’s Ayuntamiento recently installed 30 containers made of metal, which cannot burn and limit the spread of any fires, in the worst-affected areas.

Each destroyed plastic rubbish container means a cost to the taxpayer of between €380 to €1,000, depending on the type of container. Normal waste containers cost the least, but the recycling containers for glass, paper and plastic are significantly more expensive.

Container fires can also pose a serious threat to nearby items and properties. Cars that are parked close to containers have, on occasion, also been destroyed by the fires and, in the case of the incidents in Puerto del Carmen yesterday, an electrical box was also destroyed.

Each call out to a container fire also wastes resources used by the firemen who extinguish the fire, as well as potentially diverting them from other incidents.   Then there is the inconvenience to residents and the extra work that the fires, which often cause unsightly pools of melted plastic, causes for street cleaners.

Authorities have called for citizens to help stamp out this practice on several occasions, by reporting any suspicious activity they see near containers.