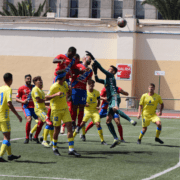 A nine-man UD Lanzarote managed to get the result they needed to avoid a relegation battle yesterday, as the Ciudad Deportiva Stadium welcomed fans back for the first time in months. 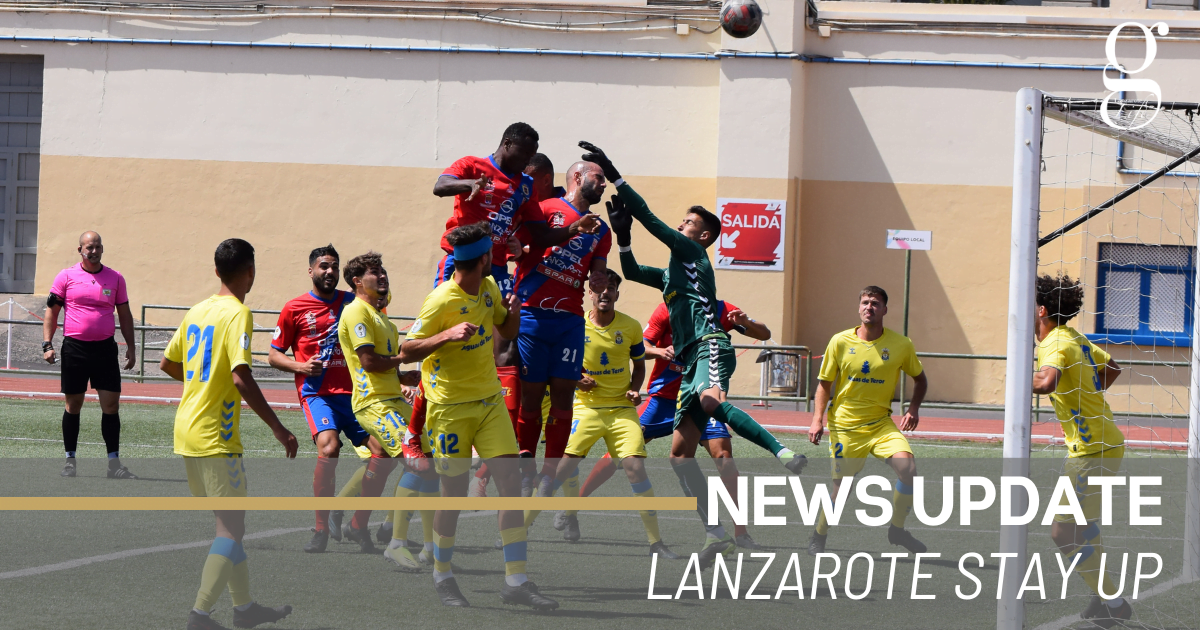 Lanzarote were playing the C-team from UD Las Palmas, the Canaries’ most historically successful side, and the match was always going to be a challenge.

Things looked bad for Lanzarote in the 20th minute, when the referee awarded a tough penalty against them, sending Oriol off with a direct red card. Lanzarote’s coach Josu Uribe also received a red card in the ensuing controversy. Finally, Las Palmas’s Pipo stepped up but Ruyman guessed correctly and saved the shot well.

At half time, results from other matches confirmed that a draw would probably not be enough for Lanzarote to guarantee survival in their division, but they left it late to win the match, with a long free kick being headed into the net by Javi Morales in the 84th minute. Lanzarote’s defender Matheus was sent off for a second yellow card shortly afterwards, and Lanzarote faced more than five minutes of extra time.

They did it, however, and will now not have to face relegation play-offs. Instead, they go into a complicated system of play-offs, which could bring an outside chance of promotion.

This was the first game of the year that fans were permitted to attend, with strict limits in place, but Rojillo’s supporters couldn’t have asked for more. Our  correspondent Ian Lane said “I doubt that there would be a single fan who regretted their decision to attend this historical match and those 200 fans gave their team that final surge of energy which was needed to grind out this result.”

On behalf of the club, Ian once again wishes to thank all the fans and those who have supported Los Rojillos from afar.