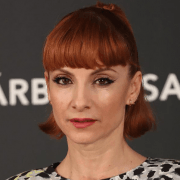 In the sixth edition of our new series, we take a look at some of this island’s most famous and memorable appearances on film, TV and video.

Najwa Nimri is a Spanish/Jordanian actor and singer who shot to fame in the brutal, brilliant film Salto Al Vacio in 1995. Since then she’s starred in the film Abre Los Ojos ( the original version of Tom Cruise thriller Vanilla Sky) and the hugely successful TV series Vis A Vis, as well as making several hit singles in a moody, electro style.

Donde Rugen Los Volcanes (Where’s the Volcanoes Roar) may not be one of her biggest hits, but it’s one of the moodiest, most evocative videos to be shot on Lanzarote, blending everyday sights such as a petrol station and roofs covered with satellite dishes with stunning volcanic scenes and a hotel in Famara.

The Canaries have “passed the peak”
Scroll to top