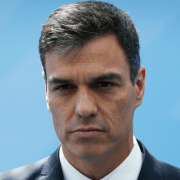 Faced with still-rising figures in Madrid and other coronavirus hotspots, the Spanish government is reported to be extending the lockdown beyond the current limit of the 12th April.

The decision is likely to be taken on Saturday, and authorised by next Wednesday, before Easter weekend starts. So far, the government has given no indication that the conditions of lockdown regulations may be relaxed, although all eyes are on Italy, where the virus has reached a plateau and where there is strong pressure to ease restrictions to allow the economy to begin recovery.

While new cases in Spain have shown a slow down in growth, deaths due to COVID 19 are reaching alarming record figures every day. On April 2nd, 950 deaths were registered – the highest amount posted since the crisis began.

Nevertheless, the Canaries, with 67 cases per 100,000 inhabitants, has the second-lowest rate of infection in Spain (after the North African enclave of Ceuta). In Madrid, meanwhile, that figure is 483 per 100,000, while in the northern region of La Rioja, it has reached 658. Average age is a factor in these statistics, as the crisis has had a particularly grave impact on Spain’s ageing population, and has taken a serious toll in old people’s homes.

However, the slowdown in new cases has been welcomed as good news, suggesting that the intense pressure on Spain’s hospitals in the worst-hit areas may ease off over the coming weeks. In contrast, the USA, which has registered far more than twice as many positive cases as Spain, has so far experienced just over half as many deaths – although this is likely to change very soon.

Goodbye, Norma
Alcohol sales up as Spain locks down

Lanzarote on Screen 6
Scroll to top