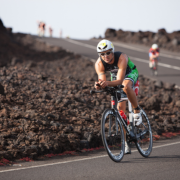 The Lanzarote IRONMAN is a race against rivals, against time, against Lanzarote and, above all, against oneself… 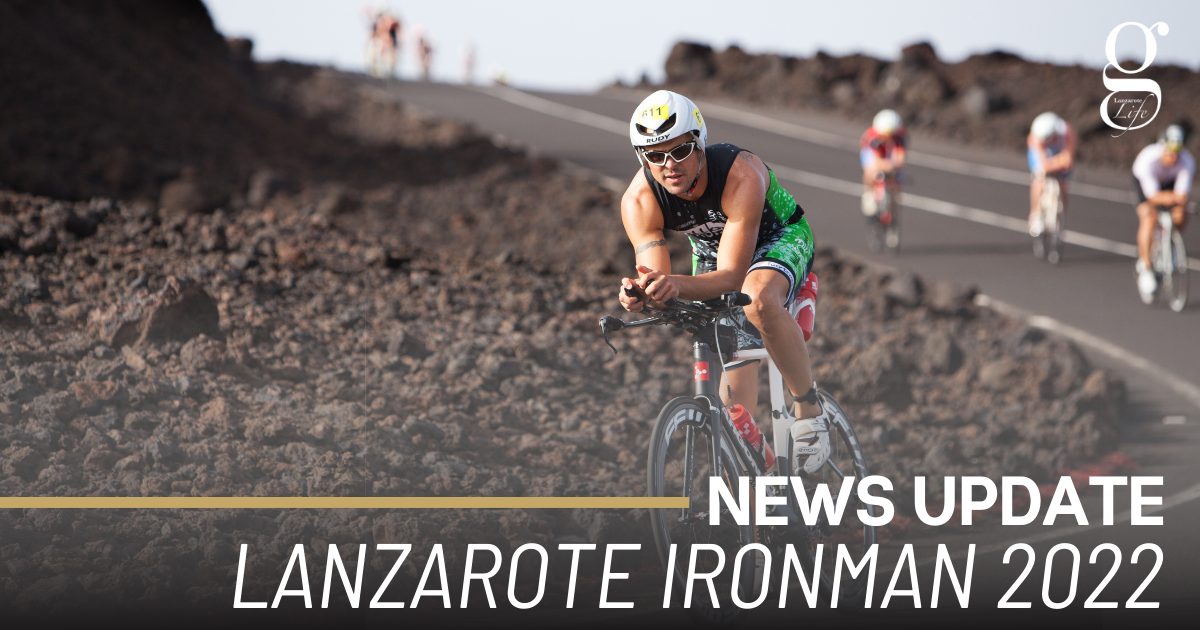 In the slowly breaking light of dawn on Saturday 21st May, athletes will converge on the Playa Grande in Puerto del Carmen. At this time of day, the sun is low in the eastern sky, the air is cool and fresh, and the beach is pristine, wiped clean and smooth by the high tide.

A strange, unforgettable scene forms in front of your eyes: an immense throng of competitors all dressed in dark wetsuits, swimming caps and goggles, gathered in an enclosure which is surrounded by bleary-eyed family, friends and supporters. There’s a bit of camaraderie, some smiles, the odd back-slap – but mostly the atmosphere is tense, apprehensive, and serious.

That’s because, when the siren sounds at 7 am, every one of these athletes will begin a gruelling journey that will last for several hours: First, they’ll plunge into the Atlantic Ocean for a chaotic, thrashing 3.86 kilometre (2.4 mile) swim in open water. Low visibility and a packed mass of flailing bodies mean that bruises and scratches are a fact of life at this stage.

Then it’s out of the water and onto a bike for the longest stage of the race – 180 kilometres (112 miles) of hard road that takes competitors down to the wild coastline of El Golfo, through the volcanic landscape of Timanfaya and up to the highest point of the island. As contestants pedal furiously, the sun climbs in the sky, beating down pitilessly while brisk winds can also make the going even more hellish.

Back at Puerto del Carmen, the bikes are jettisoned for the final stage – a full 42.2 km (26 mile) marathon along the seafront in the baking heat of the afternoon. This is where the anguish and the agony really starts to show, in the elite athletes as well as the amateurs, with thousands of onlookers and supporters making failure a public affair.

The leading professionals will usually cross the finishing line at around 3.30 pm in the afternoon, around eight and a half hours after they entered the water. But as the sun sinks and sets in the west, competitors will still be staggering home, urged on by supporters. The final competitors will desperately try to reach the line before the cut off time at midnight – 17 hours after the starting point.

And even the last straggler to come home will know that he or she has beaten the clock, has beaten the rugged, beautiful island of Lanzarote, and has beaten their own screaming muscles, ragged lungs and mental doubts to proudly wear an Ironman medal.