Yesterday, the European Centre for Disease Control (ECDC) reclassified the Canary Islands, taking them out of the red “at-risk” zone and placing them in the orange zone. 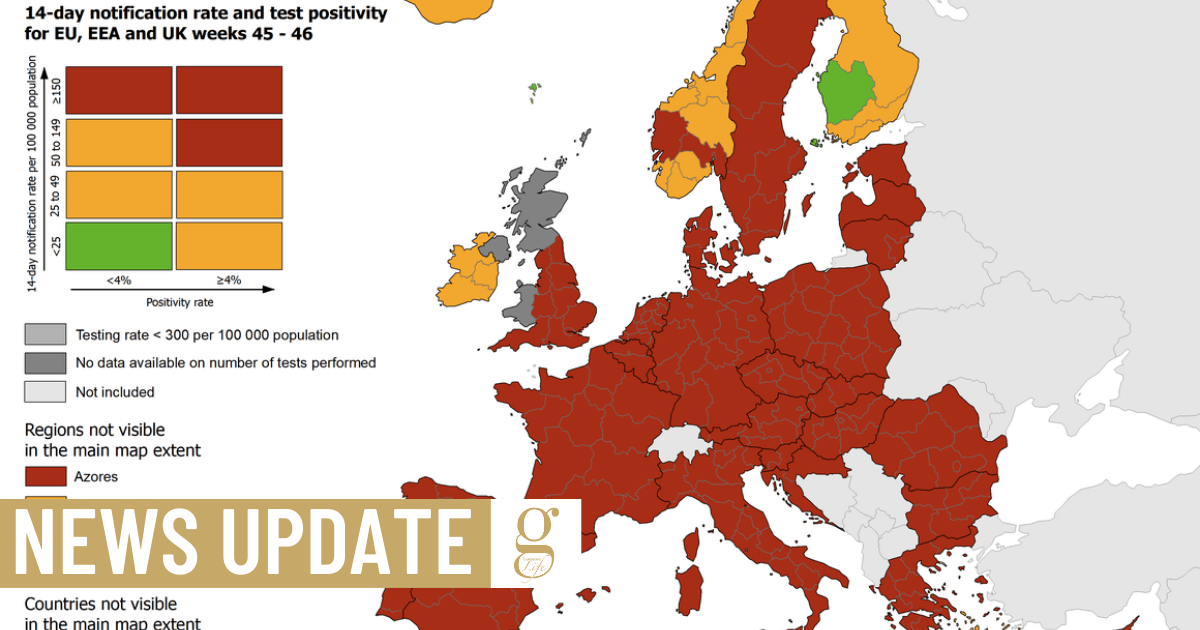 According to the European Commission’s Common Approach for Travellers, it is up to individual member states to decide on the restrictions they will apply to arrivals from orange regions  – which  will apply to holiday makers returning from the Canaries as well as Canarian residents travelling overseas.  The UK, for example, has already added the Canaries to its list of safe travel corridors, meaning that no tests or quarantine is required for arrivals from the islands.

At the same time as the Canaries went orange, so did Ireland, meaning that it is likely to be removed from the list of “at risk” countries in Annexe 2 of the Spanish government’s law of 12th November. Once the law is updated, travellers from Ireland will not have to show proof of a negative PCR test on arrival to the Canaries. However, under current laws their own country still demands one upon their return to Ireland.

The Canaries’ change to orange is also likely to affect travel from mainland Spain, which remains red. If the Spanish law of 12th November  is not amended to include Spanish travellers to the Canaries among those who must show negative PCR test results, then the Spanish government is likely to be denounced for discrimination under EU law. Indeed, certain hotel associations have stated their intention of doing just this.

While the news is undoubtedly good, it also needs to be treated with caution. The orange status depends on the positivity rate (the percentage of tests which result positive), which has fluctuated , recently. A rise in the positivity rate above 4%  could see the Canaries go back into the red.