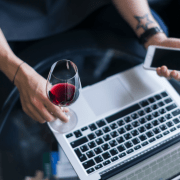 The Spanish Association of Supermarkets and Distributors (ASEDAS) has announced that alcohol sales have shot up since Spain’s lockdown began.

“We’re not seeing as much of the bulk-buying that occurred between the 11h and 14th of March, before the lockdown began,” said ASEDAS secretary general Felipe Medina. Instead, he pointed out that, while toilet roll sales have stabilised, beer sales have increased by 77% and wine by 62%.

As well as booze, Spaniards also seem to be staving off the boredom of confinement with crisps, chocolate, ice cream and national delicacies such as olives and anchovies, all of which have seen large rises in sales. Flour sales have also rocketed by almost 200%, suggesting a Great Spanish Bake Off may be taking place behind closed doors.

The coronavirus crisis has caused the largest rise in unemployment in Spain’s history, with over 302,000 newly-unemployed taking the nations total to over 3.5 million. Over 20,000 of these jobs were lost in the Canary Islands.

The 75-year -old man who was announced as Lanzarote’s fourth coronavirus victim finally tested negative for the disease, it was announced yesterday.

The patient died of pneumonia, but his symptoms were so similar to those of the COVID 19 virus that the hospital announced that he had contracted the illness. However, a confirmatory test came back with a negative result.