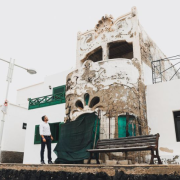 One of the strangest buildings in Famara has been granted listed building status by the Cabildo of Lanzarote’s heritage department. 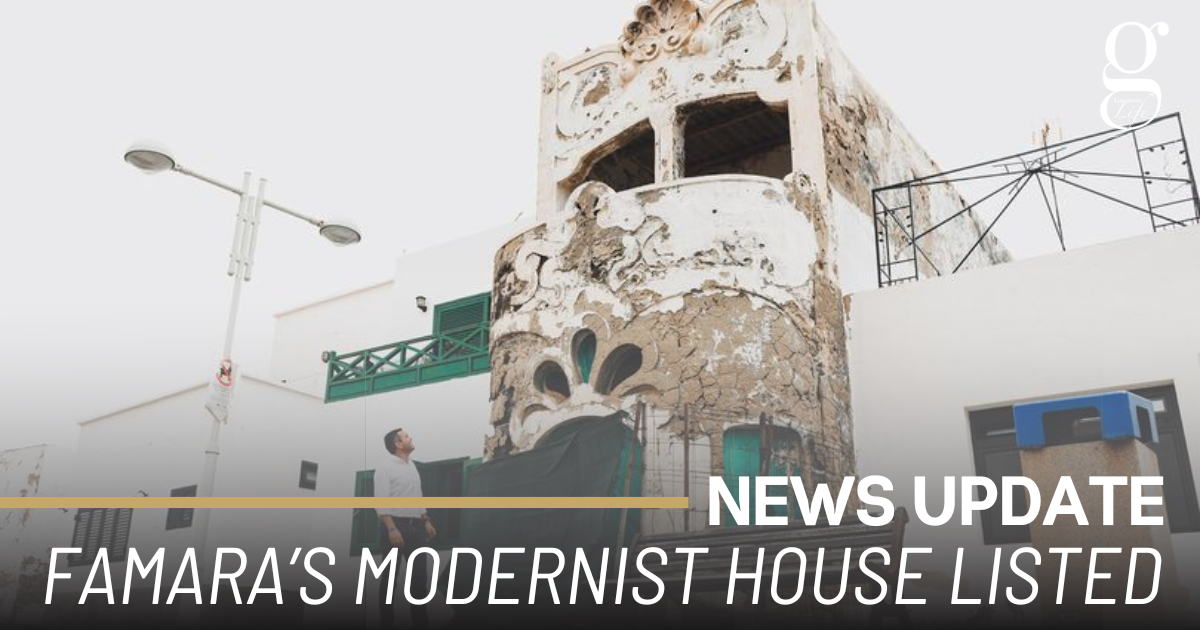 The seafront building known as the “Casa Modernista” (Modernist House) at Caleta de Famara is one of the most remarkable examples of architecture on Lanzarote. It was built by Luis Ramirez as a summer home before his death in 1950, and is clearly influenced by the art deco movement and the works of Antoni Gaudi in Barcelona.

Unlike the blocky building surrounding it, the house curves outwards and was decorated with plaster relief decorations of jellyfish, seashells, octopuses and other sea creatures that bring to mind the works of the great Canarian painter Nestor de la Torre. Inside the house, Ramirez left a tribute to his beloved dog – a carving saying “Here lies Florinda, Man’s Best Friend”.

On his death, Ramirez left the house to the Diocese of the Canary Islands,  and the building is now in an advanced state of deterioration due to decades of neglect and the action of the salt water on the decorations and the mortar of the house. Currently, the arch-shaped front door is fenced off for safety reasons due to the crumbling façade.

Ramirez left the house to the church on the condition that it would be kept in good condition, and if not, it would go to the Hospital de Dolores (now the Hospital insular in Arrecife). The declaration of the house as an “asset of cultural interest” means that it will receive official protection.

Meanwhile, the Diocese of the Canary Islands, unwilling to lose the asset, is reported to have commissioned a renovation of the building while the Canarian Government is making plans to restore the façade of the house.

Make friends and discover Lanzarote on a bike!
Cherry time of year!

Call for action on animals
Scroll to top