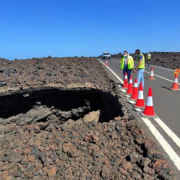 Lanzarote’s Cabildo has responded to accusations that they wish to close down the coast road to El Golfo and Los Hervideros, and clarified the two plans that are on the table for the zone. 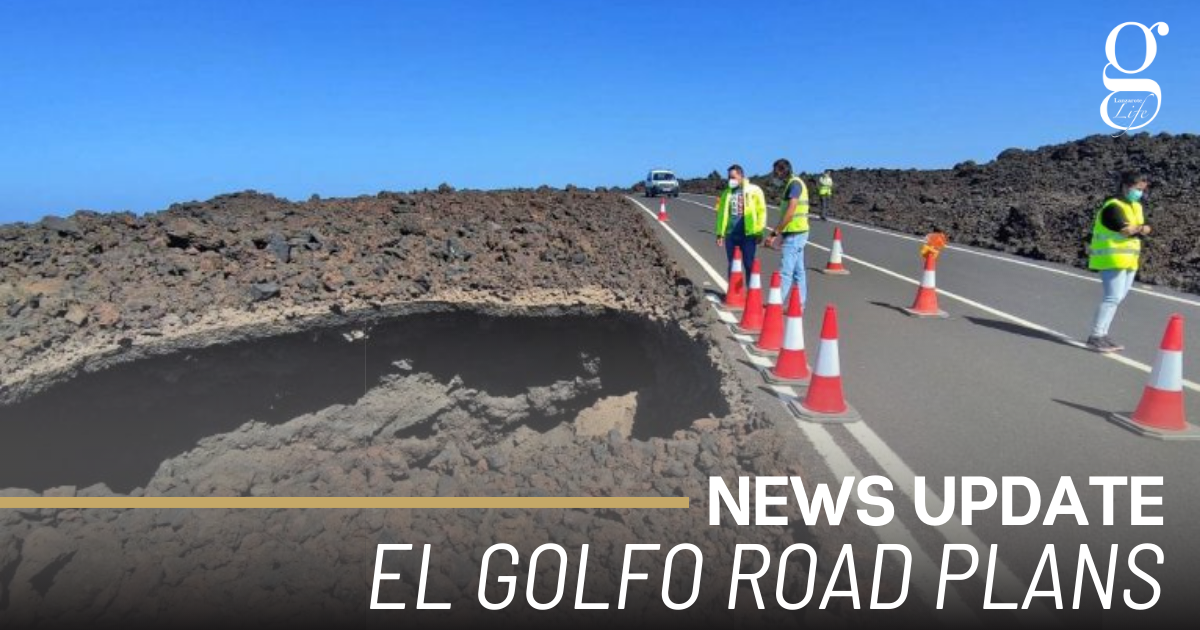 Public Works Councillor Albert Mendoza said that the Cabildo was studying two possibilities for the future of the road, which was closed in February last year after erosion by the sea caused a large sinkhole to appear by the roadside.

The first option is to convert the road to a path for pedestrians and bicycles. “It would be a very pleasant walk of two or three kilometres,” said Mendoza.

The other option is to turn it into a one-way road for light vehicles only. In this case, Mendoza said that they still hadn’t decided in which direction the traffic would flow, but added “I believe that it would be from the Salinas de Janubio to El Golfo”.

Neither of these solutions mean that there will be a return to the two-way coast road that existed before the subsidence occurred, but Mendoza pointed out that it wasn’t just the sinkhole that was the problem. “Five other zones in the area are also affected,” he said.

Mendoza recognised that the road is one of the most beautiful on the island, but warned “We cannot fight against the action of the sea on this part of the coast. The loss of coastline is evident, and in 50 or 60 years we will see how the sea is going to gain more territory”.

Mendoza described the criticism of opposition councillor Jacobo Medina, who accused the Cabildo of wanting to close the road, as “media noise” and “disinformation.” He pointed out that when Medina had been in the Public Works post, he had proposed building a breakwater and placing concrete blocks in the area to protect the road, but this had been rejected by Spain’s coastal department.

“There’s no point spending millions on a project and then having the same problems in ten years,” said Mendoza. “At least this way we can regain some use of the area.”

Lanzarote busy as can be this Easter
Scroll to top