Isidro Alonso Gil is the Social Services councillor for Lanzarote’s largest municipality, Teguise, and he and his team have certainly had their work cut out for them over the last year. We spoke to him last month. 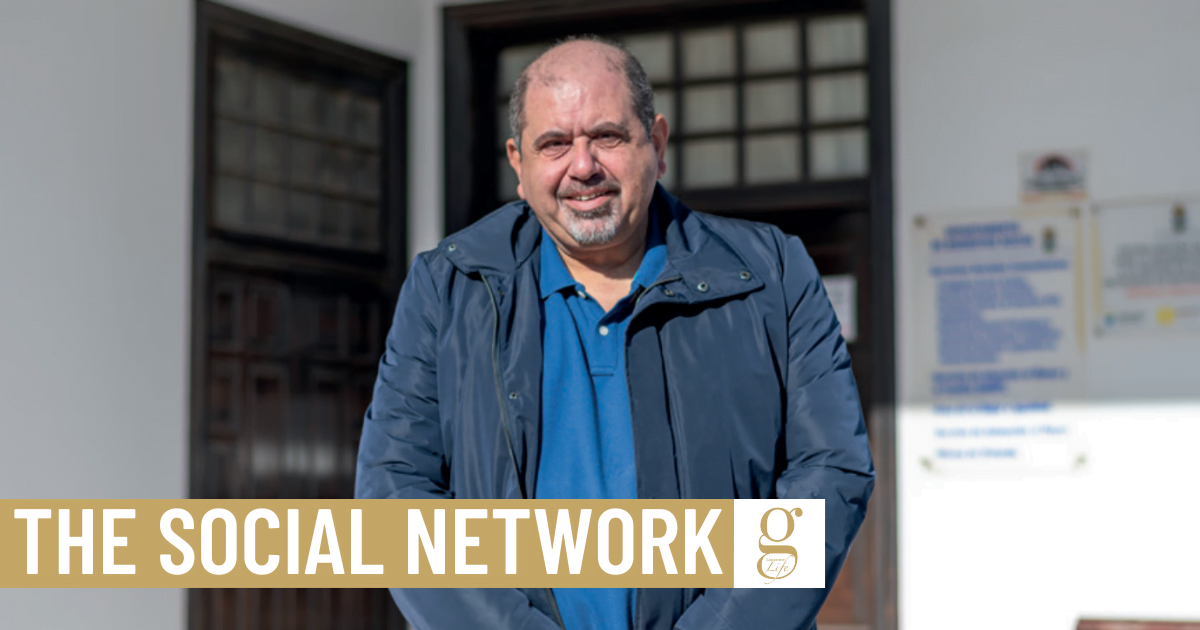 Isidro, when did the crisis really start for your department?

From the first day, the 14th March, we began to realise very quickly how many people in Teguise live day-to-day, relying on the next wage packet. If that doesn’t arrive, then there are problems, and we faced a very complicated situation from the start.

Teguise is a big territory to cover, isn’t it?

Yes, it covers everywhere from Los Cocoteros and Guatiza in the east to Mozaga in the west. There’s Famara, Muñique, La Villa, large populations in Tahiche and Costa Teguise and La Graciosa, as well.

What were the main problems?

At first, during the lockdown, it was a question of getting emergency food and supplies to vulnerable people who were unable to leave their homes. Soon afterwards, the extent of the challenges we were faced with became clear. This Ayuntamiento immediately stopped funding its fiestas department and channeled all that money towards social services.

Has the crisis exposed shortcomings in our society?

I think so. We became aware that, in Spain, there are a lot of people who live precarious lives. Those who had no contracts were left exposed, but they weren’t the only ones. I think many middle-class households on the island suddenly realised how unstable their lives were.

What about the delays in the ERTE system?

They’ve caused problems, but the ERTE payments themselves have also Isidro Alonso Gil NETWORK caused problems. People who live on €1,000 to €1,2000 a month must plan every penny, and a cut in 30%, such as the ERTEs involve, can lead to serious problems.

Do you work with charities?

We try and get all charities to co-ordinate their activities with us. That way, we know that we’re not helping the same people twice and wasting resources that could go elsewhere.

Who do you deal with?

All sorts of people, but also not enough. There are people who know how to use the social services department, but there are others who are not even aware of it, especially in areas such as Costa Teguise, where a large percentage of foreigners are found. Then there are those who are too proud or ashamed to accept help from social services.

Can you help everyone?

We can only help those who are on the padrón in our Ayuntamiento. If you aren’t, there isn’t much we can do.

This is why the British Embassy has been urging people to sign onto the padrón for several years, now.

Once you’re on the padrón, you’re instantly entitled to aid if you need it.

How does the system work?

If you need immediate aid, we can give food and supply parcels from the emergency fund, always with the recommendation of a social worker. These will allow the purchase of emergency supplies which will not include alcohol, tobacco or beauty products. You can also apply for payments into your account, which are assessed on a priority basis, with children top of the list, for example. To take a concrete recent example, the police informed us of children wandering around a local town unsupervised, so our social workers tracked them down, found they had nothing to eat and organised emergency supplies for the family.

Who has suffered worst?

I’d say Costa Teguise is the worst-affected zone, simply because so many people who live there rely on tourism. Bartenders, hotel workers, waiters etc, there are a lot of casual workers there.

When do you think the crisis will be over?

I don’t know, but I’ll trust the government’s estimate that we’ll have 70% vaccination by the end of summer. What have the economic consequences of the crisis been? The most worrying situation is when businesses close. Some will never reopen, regardless of what happens in the future, and that means there is less work available.

Do you think the island should have locked down at Christmas?

Perhaps. But I think the authorities took a calculated risk. They could have closed bars, restaurants and shops, but it would have meant the end of many of those businesses. As it is, they received a boost when they most needed it.

How do we get out of this?

By working hard and by respecting the laws.

How do you see the future?

I’m very optimistic, despite the challenges ahead of us. The vaccine gives us the light at the end of the tunnel, and I’ve got a great team of social workers, home visitors, educators, psychologists and others.