Nicolás Saavedra is a busy man. The only representative of the Podemos party in Tías Ayuntamiento’s governing group, he and his team have been in charge of the Departments of Social Services, Security & Emergencies, Animal Welfare, Equality and Fishing at Tías Ayuntamientos since 2019, during which time the island has been through one of the toughest social crises it has ever experienced. We spoke to him last month. 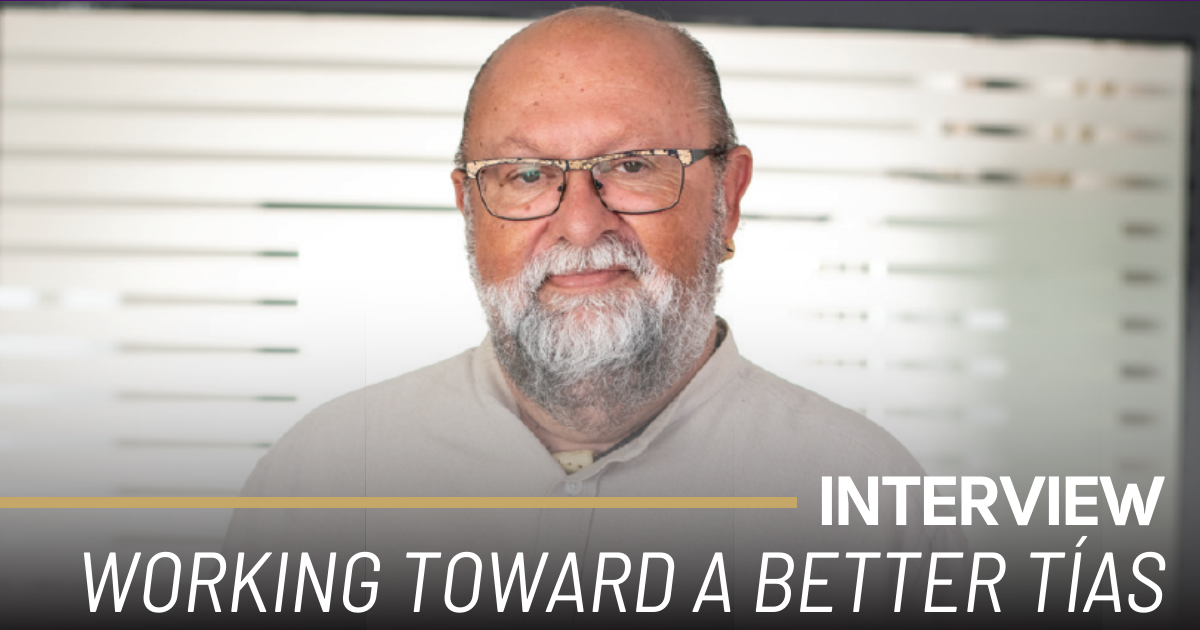 First published on June 1st in the Gazette Life magazine.

Nicolás, how did the Covid pandemic affect your department?

Profoundly. Before the pandemic started, we were helping around 90 to 100 families in need in Tías. Shortly after the lockdown that shot up to 180. Families who needed help with food, medicine, buying a pair of new glasses for their children, that sort of thing.

Rent was a big problem. In Tías, many people are on short contracts or autónomos (self-employed) and the basic ERTE furlough payments for them were around €400, which doesn’t even cover rent in most cases. In 2019, we issued 68 grants for those who couldn’t pay rent. Last year it was 260. In Tías we have over 60 nationalities, and those in need are from every community – local people as well as foreign residents.

How did the council deal with this demand?

The Ayuntamiento diverted funds from the sports, culture and fiestas departments to social services, and we also received emergency funds from the regional and national governments. My department have learnt a lot, and this will help us create “human infrastructure” in order to tackle problems like this better in the future.

How will you do that?

By working with people and associations. In March we launched Conecta Tías, an important project that aims to help all sections of our community. It means we at the council are working with 26 associations who specialise in all sorts of areas ranging from thoseaffected by evictions and debt, the disabled, the rights of refugees, LGBTI issues, the elderly, young people, health, sports, carers, etc. The aim is to coordinate and order the services offered by the Ayuntamiento in a more efficient way, with the emphasis on communication. We’ll be setting up an office on C/César Manrique where residents can go for assistance and information.

Which areas are you currently looking at?

Child care is important, and Spain has often relied on the fact that people have grandparents or family to avoid responsibility. In Tías that isn’t usually the case – we have a large number of residents who don’t have family nearby, and a real demand for affordable child care.

The issue of carers is one that we’re very keen to address, and not just for children. Too many people are working as carers without earning a penny – we need to change this.

Are there any other projects you’re proud of?

I’m very happy with the community allotment we’ve set up in the Barranco de Tegoyo near Conil. We have various families who are working their own plots and we’ve also been able to show them how to use organic methods, and educate schoolchildren about farming. It’s one step towards food sovereignty.

Tías currently has no markets. Are there plans to introduce any?

We want to restart the food market in El Pavón in Tías, giving the option for people to sell fresh produce.

The Puerto del Carmen market is another matter. That was cancelled because the company who ran it was not paying the council. We’d like to set it up again, but under the concept of quality – with locally-made crafts rather than sunglasses from Taiwan. And we’d like to move it around, to Matagorda one week, Los Pocillos the next, for example.

What about animal welfare issues?

We’ve devoted four times more money to animal welfare than the previous council. I’m personally a supporter of trapneuter- release programme for cats, and I’ve met up with many wonderful people who are committed to animal welfare. However, I’d love to see animal welfare organisations get together more.

In Tías we have a problem with older people in rural areas who still think it’s OK to tie dogsup night and day. In those cases, we can either denounce and fine them straight away, which I don’t support; or we can talk with them, tell them that the police will return in 15 days to check and maybe help rehoming the animal.

As member of a strongly ecologist party, how do you reconcile environmental issues with mass tourism?

I helped draw up the 3rd Modernisation Plan for Tías, and one of the main points of that is “quality rather than quantity”. That doesn’t mean that tourism should be exclusive – everyone should have the right to come to Puerto del Carmen – but if we offer quality in the form of culture, food, clean attractive streets, then I believe people will come to value it.

As fishing councillor, do you think we’ll see fish farms off the coast of Puerto del Carmen, Playa Honda and Arrecife, as has been proposed by the Canarian Government?

No. The entire island is opposed to this. It’s a dirty, unsustainable business, and legal teams are already at work.

The next municipal elections takeplace in less than year. Are you optimistic for the future?

I hope people will recognise the good work I’ve done with the help of an excellent team. I know the area well, and I’d love to continue my work. More generally, yes – I’m an optimist, and I think there’s a very good outlook for Tías.

Your guide to not getting scammed on Lanzarote
Scroll to top