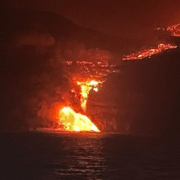 Canarians were glued to their televisions last night as lava from the volcano in La Palma finally reached the sea at 11.03 pm, cascading off a 100-metre cliff overlooking the Playa de la Guirre; sending up plumes of black smoke and white steam and forming a pyramid-shaped mound that continues to grow and will reshape the island permanently. 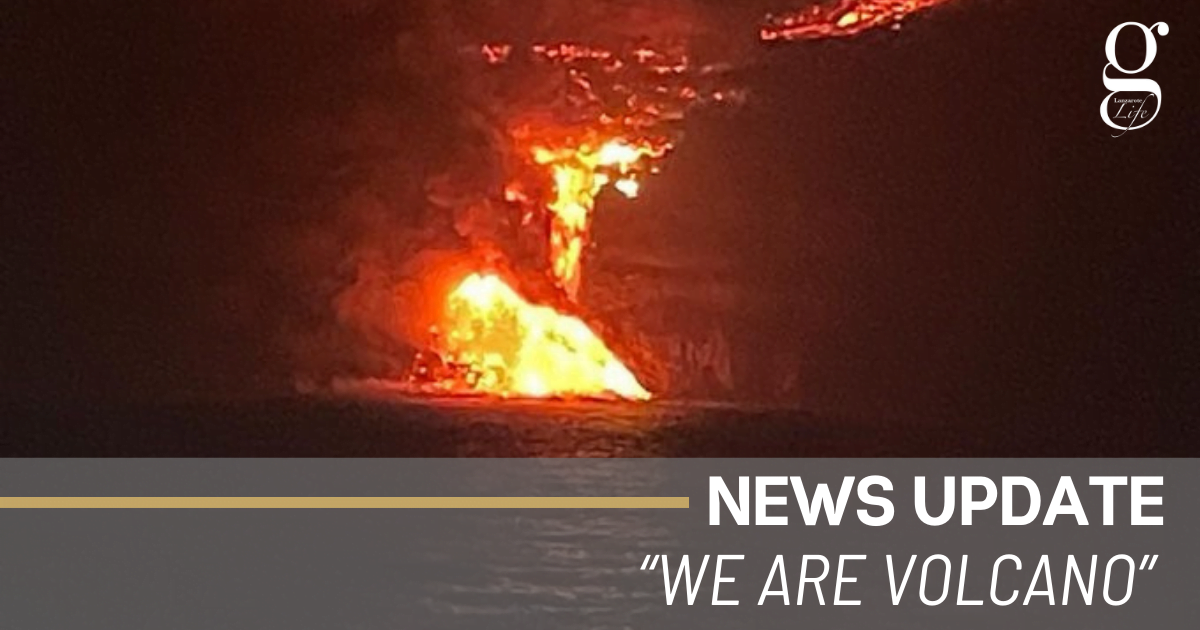 The lava had slowed down briefly on Monday morning, but new flows of highly liquid lava soon recommenced, and made their way towards the coast, destroying buildings, blocking all roads on the western side of the island and wiping out several of the banana plantations that are this part of the island’s main source of wealth.

Authorities told residents to remain indoors and keep windows closed, in case of toxic gases caused by the contact of the lava with sea water. These gases were the cause of the only death registered during the previous eruption in La Palma in 1971. However, the air on the island currently seems to be safe.

Flights in and out of La Palma are currently suspended, but flights to other islands are continuing as normal and there is very little possibility that air traffic to Lanzarote will be affected in any way.

Marine biologists have said that the lava is unlikely to affect fish, which would have fled from the zone immediately they sensed the increase in heat. However, seabed-dwelling species such as molluscs, crabs and sea urchins are unlikely to survive. Nevertheless, these populations rapidly re-establish themselves, as the 2013 eruption off the coast of La Restinga in El Hierro has shown.

589 buildings have been completely destroyed by the lava flow, which now covers 258 hectares (640 acres). 6,000 people have been evacuated from the area, and the Spanish Government has set aside an initial fund of €10.5 million to purchase new properties and items such as fridges and washing machines for those who have lost everything.

This will only be the first part of the reconstruction plan, which will enter its second stage once the eruption ceases and the extent of damage is assessed. Currently, however, the volcano continues to erupt, producing more lava than in previous days, and experts have no idea of when it will stop.

Unforgettable night-time images of the volcano shooting lava into the sky; the glowing river of lava descending to the coast, and the cascade of white-hot lava falling into the sea have already been seen around the world, and will never be forgotten by Canarians.

The Canarian national anthem contains the words “I am the shade of an almond tree; I am volcano, saltpetre and lava”.  Oceanographer Eugenio Fraile echoed these words last night as he reported on the events, saying “We are Canarians. We are volcano. We will rebuild from this.”

New shopping centre to open in autumn 2022
Scroll to top