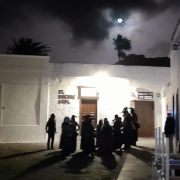 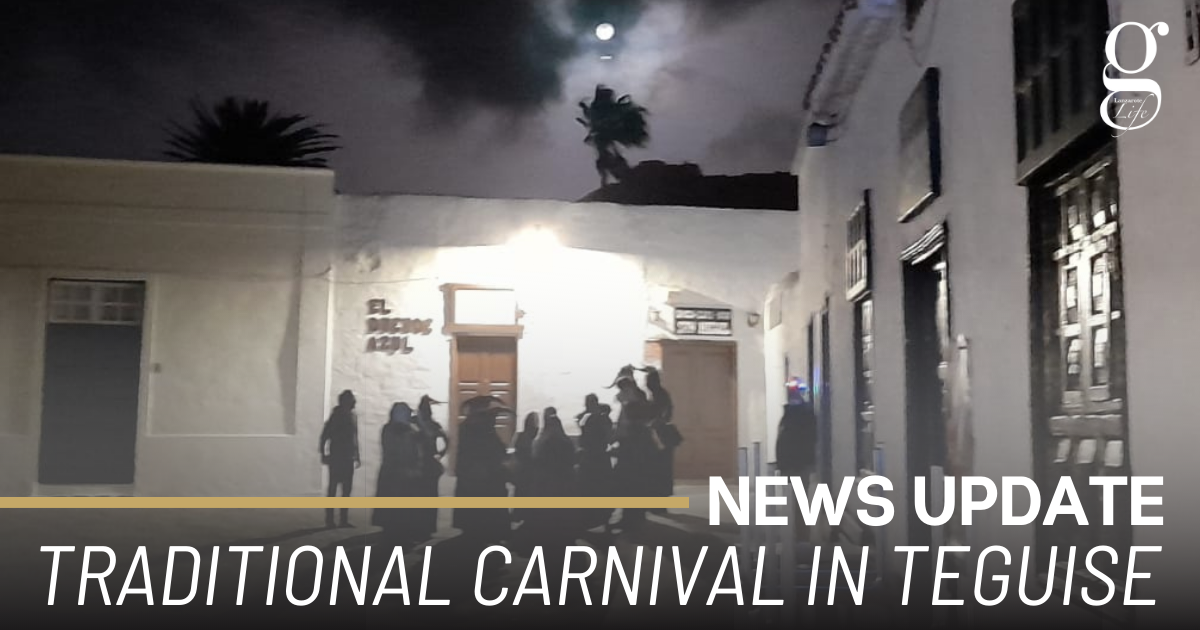 The event celebrated older carnival traditions in the islands, and the Diabletes had invited several groups from other islands to join them under the full moon, which sailed through the clouds above the old town.

First came Arrecife’s Buches, dancing to a merry tune and waving the inflated fish swim bladders with which they tap onlookers. They were followed by the Toros of Tiagua and Tao, three humans wearing large fabric bull’s heads, who capered and charged at the audience. These were surprisingly impressive – not particularly frightening or funny, but very strange.

Terrified screams greeted the next arrivals – the Carneros de Tigaday – wild-looking men in sheepskins who are overseen by an insane shepherd. The rams butted heads and charged at the audience before retiring.

While all this had been going on, a strange group had been gathering at the top of the street. Tall devils with fearsome horns and cowbells around their waists, smeared all over with jet-black soot, the Diablos de Luzón were waiting for their entrance. Alongside them were women in shawls wearing eerie white masks with holes for eyes and mouth.

They made their entrance, and were followed by a brief but energetic charge of Diabletes, who left no child unstartled. Smaller Diabletes had been chasing other kids round the streets all evening, and the jingle of bells and the sudden roars in the streets of Teguise made it clear that you were on their turf.

No carnival is complete without drunken cross-dressing and dancing, and this was provided by the Traditional Carnival of Gran Canaria, who danced to vintage latin classics such as El Negro Zumbón and Moliendo Café played by the excellent Orquestina La Matiné. before smashing the piñata to signal the end of the night.

Airport updates
All About That Bass