As Spain announces that a third booster jab of Covid-19 vaccine will be required, health organisations have yet to agree on whether this will be effective, and have warned that it could lead to lower vaccine rates – and increased risk of new variants – in the developing world. 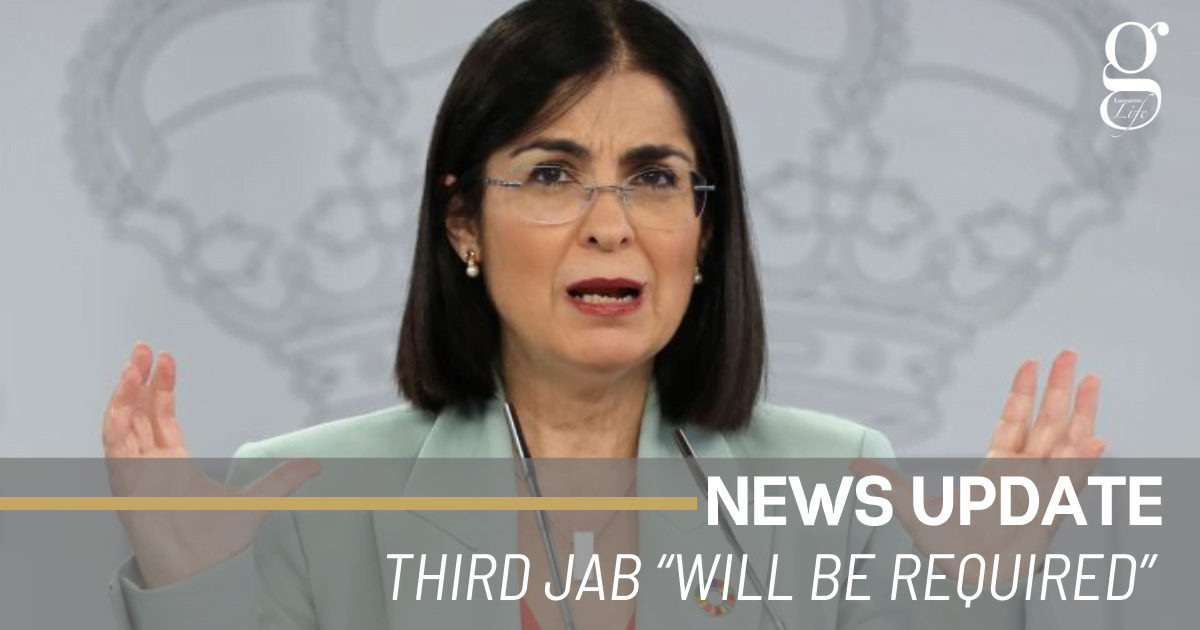 Spain’s health minister, Carolina Darías, yesterday said that “everything points towards the fact that a third booster jab will be required to maintain immunity” and announced that the government had requested

Darías did not give any specific timetable for when third vaccine doses may be administered, but she  also stated that it was likely that citizens would need to receive an annual vaccine against Covid-19 in coming years.

However, Darias’s statements do not appear to reflect international consensus on the issue. The European Medical Agency (EMA), which is currently studying the possible benefits of a third jab, recently announced that “There is still insufficient evidence from vaccine campaigns and other research to know how long the effects of Covid vaccines will last.”

Elsewhere, the World Health Organisation has said that third vaccine doses should not be considered until the efficiency and duration of current Covid-19 vaccines is known, and says that third jabs could “increase inequality” in countries where large numbers of the population have not received their first doses yet.

But the statements of health organisations are not being matched by governments. The UK and Hungary have already announced they will be administering third booster jabs to vulnerable people on a “better safe than sorry” basis. Mass orders of vaccines by the EU and the UK, which would be used to provide booster shots,  have left several poorer countries with much lower rates of vaccination at the back of the queue, and many African countries are likely to receive no supplies at all in coming weeks.