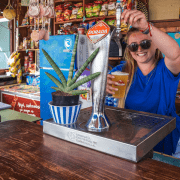 As we enter the third week of the lockdown, the economic toll of Spain’s emergency measures is becoming more and more pronounced. Millions of employees are at home, reliant on government assistance to survive for weeks without work.

The start of the crisis saw thousands of employers apply for temporary lay-off schemes known as ERTEs, which entitle contracted workers to 70% of their wage while they are not working. The employer is obliged to rehire the employee when the crisis is over, and the measure has been adopted widely on the Canaries, where tourism is the most important sector of the economy.

Small business owners and the self-employed are strongly advised to contact gestores, accountants or financial / employment advisors if they have not done so already. The government’s measures are changing rapidly, and informed, professional guidance is essential.

No contract, no security

The most seriously affected workers, however, are casual employees who have never signed a contract. They have no employment rights or entitlement to benefits whatsoever, and must rely on whatever savings they have to survive. If they have none, then the options are bleak.

In the worst cases, this may mean having to contact the social services department of the local Ayuntamiento, which can inform local residents of food banks, emergency deliveries of supplies and other measures aimed at helping the poorest members of society. The British Government has, for several years, been advising British citizens to register on their local Ayuntamiento’s padrón (electoral roll) for precisely this reason.

If you are not registered as a resident in Spain, then the British Foreign office’s strong advice to return home remains relevant. The British Embassy Madrid’s Facebook page offers help, advice and flight information in this regard.

Heroes of the Lockdown
Scroll to top