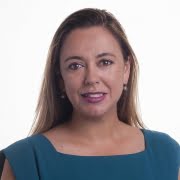 The scientific committee which advises the Canarian Government on the coronavirus crisis has said that the virus will “reach its peak” on the islands some time this week, and that they expect new cases and deaths to decrease next week.

The committee claimed that the level of the disease had been “much lower” in the Canaries than in other Spanish areas such as Madrid, Catalonia or Castilla y León, and that the lockdown measures seemed to be working. However, Lluis Serra of the committee warned against complacency, and warned of the possibility of a second wave of infections after the lockdown is lifted. “The battle is not yet won,” he said.

María Dolores Corujo, the President of Lanzarote’s Cabildo, has claimed that the island is “prepared for the peak” in infections, and revealed that 187 tests have been carried out on Lanzarote in the past 13 days. She said that 100 more would be done on Monday 30th and claimed that testing equipment was currently being set up at the Doctor Molina Orosa Hospital. When testing material arrives by the end of the week, it will allow 100 tests to be carried out daily on Lanzarote.

8,000 tests have been carried out on the islands since the start of the crisis, with the majority being handled by two major hospitals on Tenerife and two on Gran Canaria. Testing is prioritised towards those who have had contact with sufferers, including health workers, and those who exhibit the classic symptoms of fever and dry cough.

The cost of the lockdown
Scroll to top