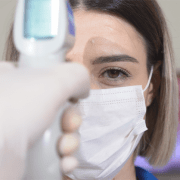 European health experts and Spain’s health ministry have unanimously concluded that PCR tests on passengers at origin or upon arrival are unreliable and logistically impossible to carry out.

The European Centre for Disease Control, an influential EU organisation whose recommendations on mask use were adopted by Germany and Spain during the lockdown, has concluded that PCR tests are impossible. Public health experts José Martínez Olmos, Alberto Infante y Daniel López-Acuña have written that “there is no justification, and no material or logistic capacity, to carry out PCR tests on the hundreds of thousands of tourists who arrive at airports.”

The ECDC simply recommends that, once visitors arrive in a new country, they must be easily contactable. Currently, the protocol at Spanish airports involves a temperature test, a questionnaire on recent health status and possible assessment by medical professionals.

The “snapshot” nature of a PCR test is also a problem, according to Pedro Gullón of the Spanish Epidemiology Association. “No one can say that a negative result today won’t become a positive tomorrow,” he said.

Finally, there is the fact that PCR tests don’t detect all positive cases, and can give “false positive” results. Professor Philip Nolan of Maynooth University, Ireland, has calculated that, of every 50,000 arrivals who are tested, 30 positive cases will be detected, 20 will go undetected and there will be 1,000 false positive results which will require quarantining and retesting.

Although experts believe that testing at origin is more practical than at the destination, the same problems of undetected cases and subsequent infections persist.

Rapid antibody tests have also been rejected by experts, as they are unreliable and do not tell whether a passenger has had the virus in the past or is suffering from it now.

Even the Canarian President, Ángel Victor Torres, seems to have conceded that tests at origin, which he had long advocated, will be impossible. Instead, he has recently focused on the launch of a new tracing app in La Gomera.

Tracing and containment now appear to be the main strategies to cope with a virus that has far from disappeared, and the good news is that the Canaries has already shown an excellent record in detecting and isolating individual cases and contacts.  In fact, most tourist regions of Spain have preformed far better during the pandemic than the major cities or inland regions. Another tactic that may be adopted is localised lockdowns, such as the one that was imposed on 210,000 people in Lleida, Catalonia yesterday after a series of outbreaks. The blunt tool of a national lockdown may be effective, but it comes at immense cost and penalises regional differences.