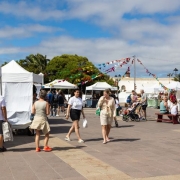 Every Sunday morning, the quiet town of Teguise becomes one of the busiest places in Spain, as thousands of tourists arrive for the weekly market. It’s the biggest of its kind on the Canaries, and has turned the ancient capital of Lanzarote into a tourist attraction for decades. 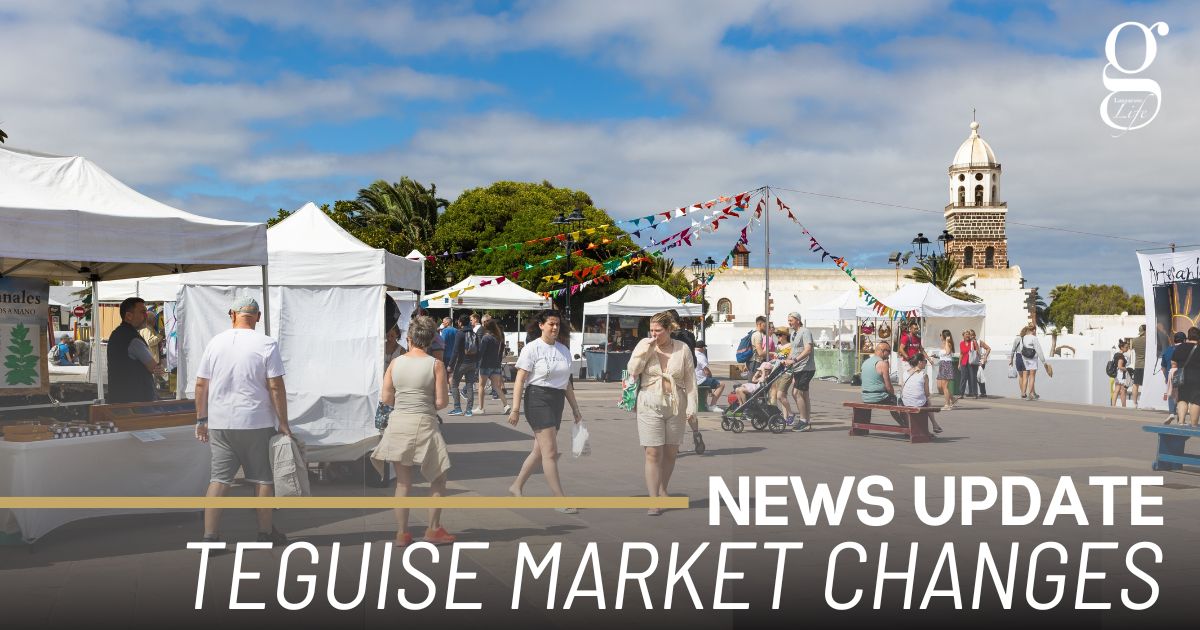 But there have been big changes at the market recently. In the pretty back streets of the town, a thriving Sunday scene where visitors would happily jostle shoulder-to-shoulder to browse the stalls and listen to live music has disappeared, and business owners whose livelihoods depend on market-goers are losing out.

The change started with the pandemic, which led to the closure of the market for several months. When it re-opened, it was under a strict security plan that limited the amount of people who could enter. Stalls in the streets of old town were removed and everything took place in an easily-contained area in the large square of La Mareta.

Now that restrictions are over, it has been decided to keep the market restricted to this large area, and prevent the return of stalls to the streets and squares of the old town where the market commenced.

Markets Councillor Eugenio Robayna explains that this decision was taken after consulting with local residents. Robayna says that the changes now mean that the old town of Teguise is now easier to enjoy, a quiet place where visitors can still wander, popping into the shops, cafes and museums that are found there. However, some business owners in the historical streets of Teguise are upset by the change, which they claim has drastically reduced footfall and, thus, takings.

Natalia, the owner of El Recoveco bar, says “Previously, the stalls here would attract people all morning. We’d be working from 10am onwards. Now we don’t start until 12.” Luca Mattiello, who runs the neighbouring shop Property Of, says that business has fallen by at least 60% since the decision.

Petra Bogle, who has been selling handmade jewellery made from lava and olivina from her Isla del Tesoro shop for 13 years says “Nowadays I make more money in the week than I do on Sundays. This street, Calle de El Rayo, used to be known as the “street of crafts”. Now there are no stalls on Sunday, and nothing to attract people.”

But it’s not just business opportunities that are feared lost. Natalia says “The whole point of this market was that it was a street market – it took place in the streets of Teguise. Now that it’s all up on the Plaza it just looks like any other market.”

Luca agrees, saying “It’s lost its charm but, more than that, it’s lost its essence.” He points out that the street stalls and live music naturally led visitors around the old town. “People are attracted by activity,” he says. “Lose the activity and you lose the people.”

Paul and Laura at the Hand Art Studio are also losing out. They only open on Sundays, and say “people need a reason to come to this part of town, but with no stalls and no music, there’s much less life in the street.”

Indigo Bucher, who owns the Emporium shop in Teguise’s beautiful old cinema building, understands why stalls were removed from the streets, but also believes that the effect on local businesses is damaging “If they returned half of the stalls to the streets in a more organised way, that would guarantee more footfall in the street, and I’d probably double my takings on Sundays,” he told us.

On the other hand, Sonja Genovesi, who owns the Lunacaracol children’s clothing shop just off Teguise’s central square, welcomes the changes. “The square is now much less cluttered, and people can see the shops,” she says. “Previously, everything closed down at 2pm because sellers were dismantling their stores, but now they stay until 4 or 5 o’clock.”

Eugenio Robayna says that the council is preparing a document that will “integrate and dynamise the market, and local businesses will be a part of the process.” He says “What we want is that, at 3 o’clock on Sunday afternoon, everyone leaves the market happy: the taxi drivers, the bus drivers, the parking attendants, the shopkeepers and restaurant owners and, of course, the thousands of visitors.”

As Lanzarote regains its tourism, we’ll soon find out its verdict on the changes at the market, but it’s fair to say that not all shopkeepers and restaurant owners are closing their doors on Sunday with a smile on their face.

The Professor comes to Lanzarote
Scroll to top