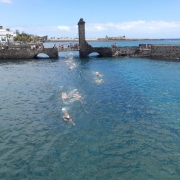 Gustavo Lorenço and Kennedy Denby were the male and female winners of yesterday’s San Ginés swimming contest, one of the sporting highlights of the Fiestas de San Ginés. 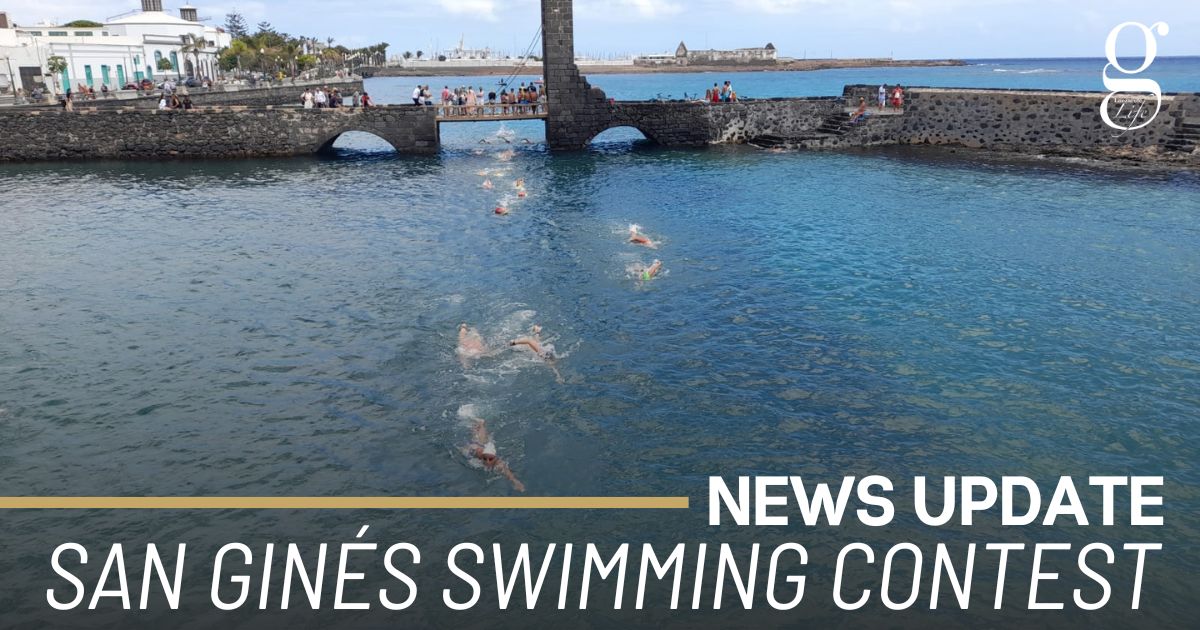 Both swimmers come from the Nadamas swimming club, and the two swimmers finished the 1,200 metres course with just one second between them, in times of 14:53 and 14:54 minutes.

250 swimmers took part in the contest, which took the usual route under the arch of the Puente de la Bolas and round to the Club Nautico.

For Kennedy, the 16-year old British swimmer who has been one of the brightest swimming hopes on Lanzarote for several years, it’s the culmination of an incredible summer that saw her win a Bronze medal in the Spanish National Junior Championships and represent Great Britain in the European Open Water Championships in Rome.