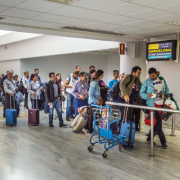 Arrival on Lanzarote is a special moment for all tourists: the bird’s eye view of volcanoes and white surf on golden beaches; the low swoop in to land and that first blast of warm air as you step out of the cabin door. 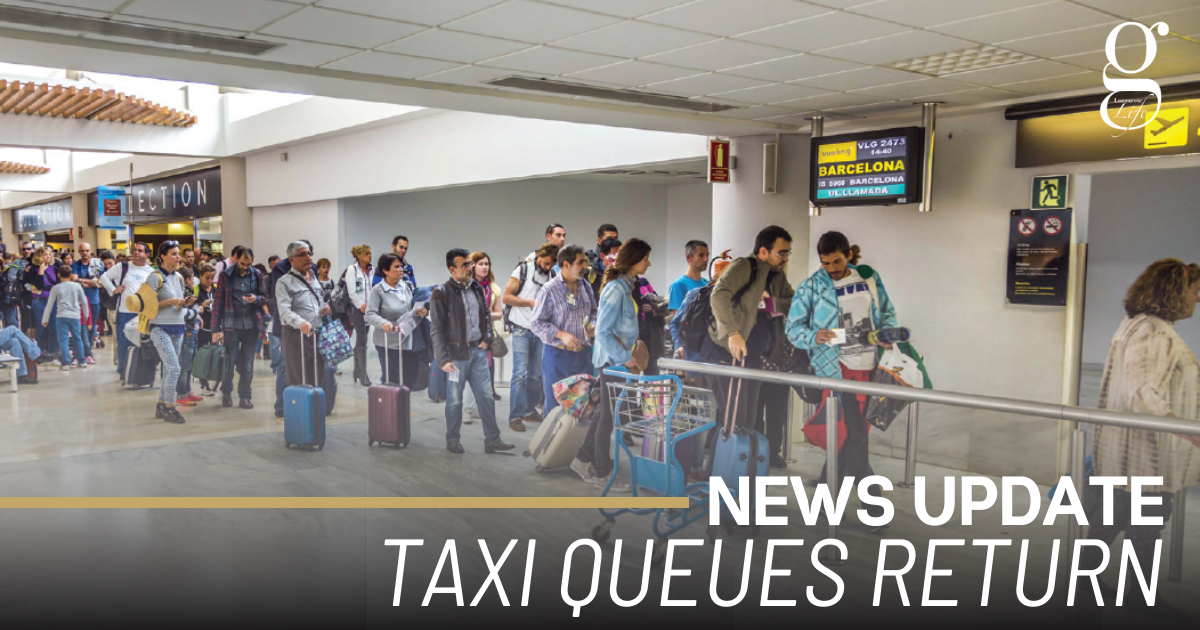 First impressions count. So it’s a shame that many tourists are spending too many of the first moments of their holiday in a taxi queue.

The return of tourists to the island has placed increased pressure on the airport’s taxi service, and has been made worse by the current shortage of hire cars. The resulting queues have caused the island’s tourist federation to call for a more organised response.

José Torres, head of Lanzarote’s Chamber of Commerce, says the current rules affect the offer of taxi services and “promote clandestine operators.” Torres criticises rules that mean a taxi bringing passengers to the airport is not then allowed to pick up there, and taxis taking passengers to the resorts are likely to return to the airport empty. For Torres, the answer is to create an islandwide taxi service, permitting all cabbies to serve the airport at any time.

Currently, all taxi services on the island are based in each of the seven municipalities, and each local taxi association has the right to operate in that area. The airport falls in San Bartolomé’s jurisdiction, and a driver from, for example, Tías, is only allowed to pick up at the airport once a queue reaches a certain level.

This is why many tourists have seen taxis hovering in the pick-up area but have not been able to take them as the queue is not long enough.

San Bartolomé’s taxi cooperative says that the queues occur “occasionally, when planes arrive at the same time due to delays” and no change is needed. However, one of the proposals of the Tourist Federation is a more agile response to delays and crowds at the airport.

Arrecife and Tías would be the main taxi ranks to benefit from a change in the rules, and are also the municipalities with the most taxis (131 and 109, respectively, compared to San Bartolomé’s 72).

Taxi queues have caused many travellers to Lanzarote to seek alternatives. Among these are:

Fixed prices apply for this service. On weekdays, for example, it costs €19 to get to Puerto del Carmen; €24 to Costa Teguise and €45 to Playa Blanca. The driver will wait for you at arrivals.

Buses serve Puerto del Carmen and Playa Blanca from the airport. Those heading for Costa Teguise will have to change at Arrecife (the interchange by the beach or the bus station).

Rental car shortages due to the sale of fleets during the pandemic and lack of silicon chips to supply new vehicles mean that this should be booked early, and is likely to be pricier than usual.

Four drownings on Lanzarote in 2022
Scroll to top