Spain has achieved its goal of fully vaccinating 25 million people by the end of the fourth week of July. This means that 52.8% of the population have now received two doses of vaccine. 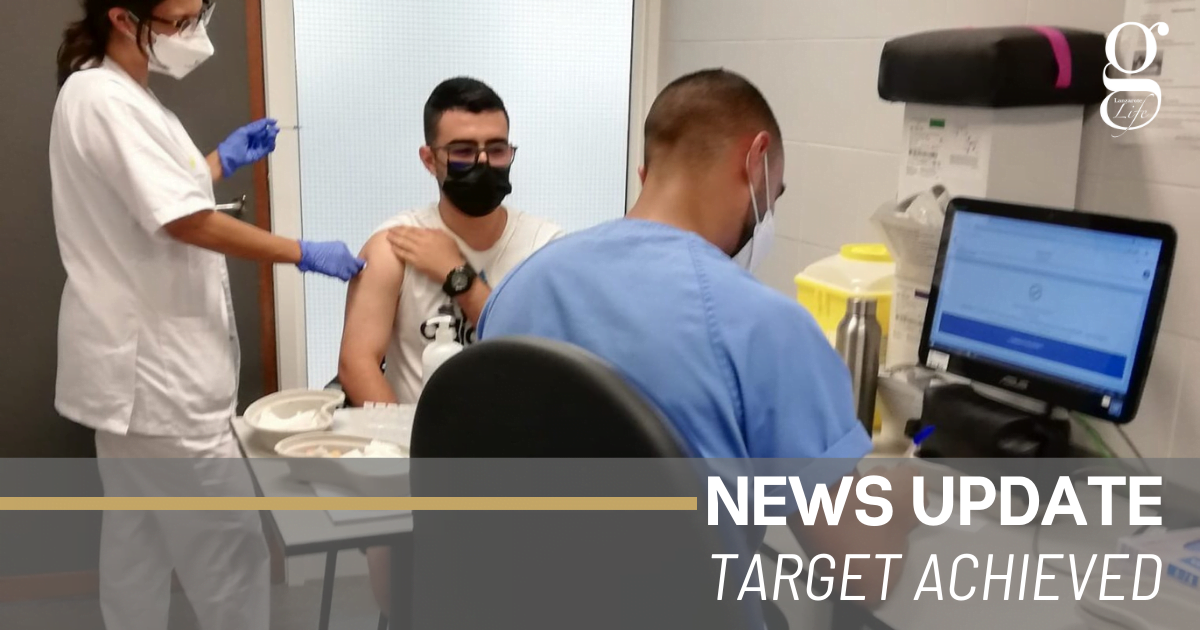 After missing the target in June by half a million people, Spain stepped up the rhythm of its vaccination campaign to successfully hit the fourth target that was set by the government at the start of the campaign. The final target of this phase is to inoculate 70% of the target population over the age of 12 by the end of August.

The Canaries are performing even better than Spain as a whole, with 54.85% of the target population now fully vaccinated – more than 1,075,000 people.

Figures would be even higher if the objectives were assessed on the original target population, which was people over the age of 16. On the Canaries, almost 75% of this population have already received at least one dose.  The National Vaccine Programme was recently extended to include those from the age of 12 to 15, which accounts for over 215,000 children on the Canaries. Vaccination of this group has already commenced.

As Spain sees a huge rise in infections during the so-called “fifth wave”, 83% of the cases that are now being registered have occurred among those who have not been vaccinated, and the Spanish government will now seek to reach this segment of the population, as well as focus on vaccinating younger age groups.

5.5% of new cases have occurred among those who have been fully vaccinated, and 11.2% among those with one dose.  However, the effect of vaccine on preventing serious symptoms has led to the Health Ministry describing hospital pressure as more “gentle” than in previous spikes.

What’s On in Lanzarote in November
Sunday News Roundup

How soon is soon?
Scroll to top