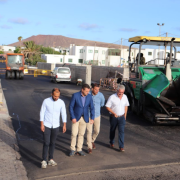 Yesterday the Mayor of Yaiza, Óscar Noda, visited ongoing roadworks in the centre of town on calle El Puestito, near the football court. 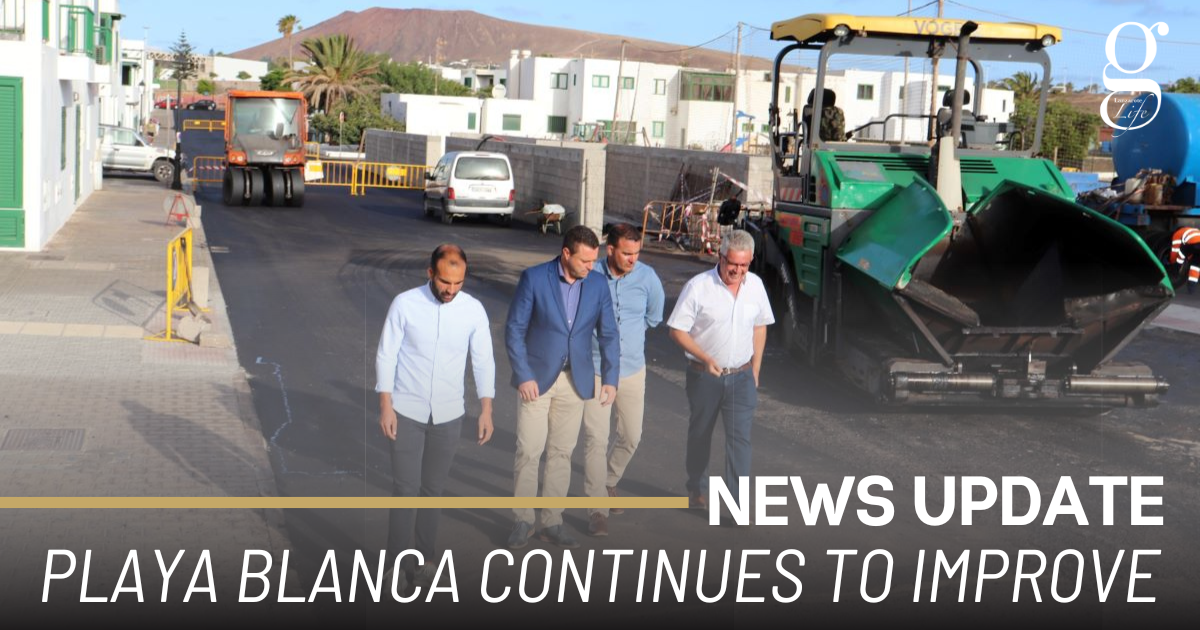 Calle El Puestito is one of the town’s busiest residential roads as it run alongside houses near the busy road in the centre of Playa Blanca. El Puestito also borders the popular football court which is currently undergoing refurbishments by the Ayuntamiento.

The recent investment is a part of just one of numerous ongoing or recently completed projects in the municipality. Some of the biggest works in Playa Blanca include the parks, courts and parking spaces installed in the strip of unused land between Av. de las Canarias and Av. Faro Pechiguera.

The new 7.2-million-euro sports centre behind the main bus station looks set to be completed before the end of the year. It will have large swimming pools, multipurpose courts for sports, a gym overlooking the pools, fitness and activity rooms, a cafeteria and a basement car park with 80 parking spaces.

The recently opened road between Av. A Femes and Av. Papagayo opens up a new direct route between the start of Playa Blanca and the start of the Marina Rubicon, allowing hotel bus pick-ups to access the new hotel without having to use other roads in the municipality.

Make friends and discover Lanzarote on a bike!
Ryanair cabin staff to strike