Three pateras (boats carrying migrants) with a total of 163 people on board were intercepted off the coast of Lanzarote on Saturday. 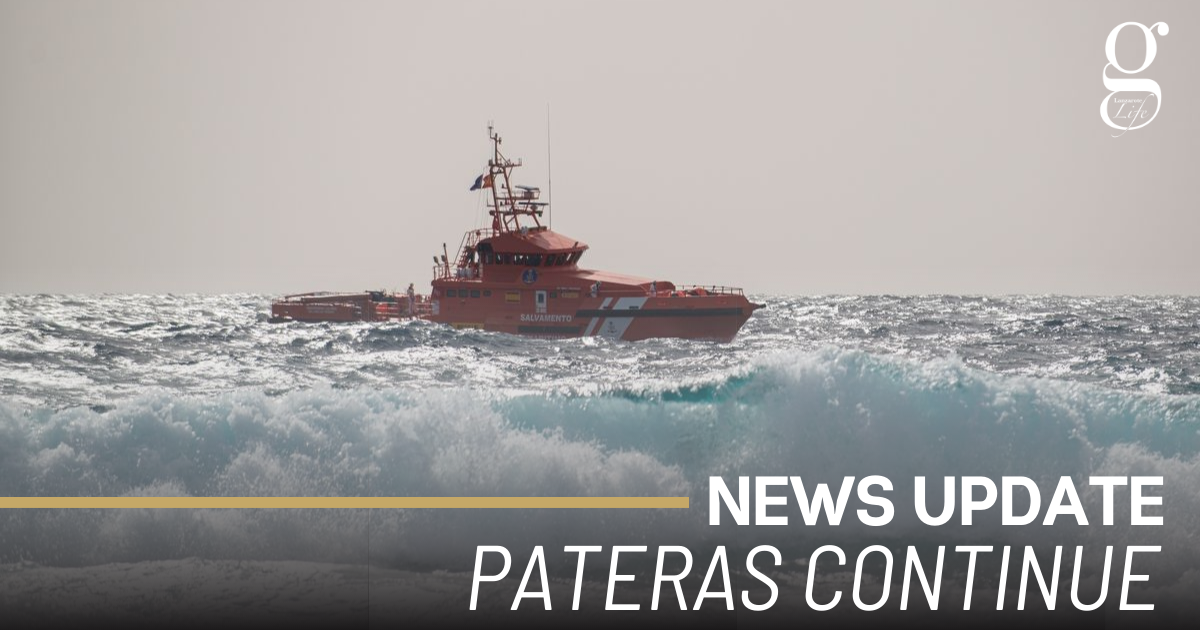 All three boats were accompanied too the Muelle de La Cebolla in Arrecife, where they were checked by Red Cross workers. A pregnant woman and a mother with a 22-month-old baby were taken to the Dr José Molina Orosa Hospital, while the rest of the migrants were then taken charge of by the National Police.

Calmer seas following the recent unpredictable weather are one of the reasons for the increase in numbers of pateras, but the main reason is renewed interest in the dangerous Canarian Route, possibly caused by the increased difficulty of accessing Europe via the Mediterranean.

Recent arrivals have also shown that the Canarian Route appears to be expanding north, with an increased number of boats arriving from areas further north in Morocco, such as Tarfaya and even Casablanca. This also explains why Lanzarote and Fuerteventura are receiving a greater number of boats.

Previously, pateras tended to come to the Canaries from Senegal, Mauritania and Western Sahara, from where it is often easier to access Gran Canaria or Tenerife. The northern routes, however, will mean boats are first detected by Lanzarote or Fuerteventura.

4,929 migrants reached Lanzarote in pateras last year, with eight of them dying in the attempt. These figures shows an increase of 550% on the year before.  Of last year’s arrivals, 3.852 were men and 463 women, while 606 were minors, including some babies and infants.

Airport updates
Over the peak