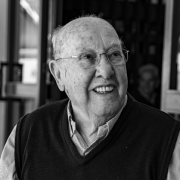 Carlos Manrique, the younger brother of César, died this Sunday at the age of 96. He had suffered heart problems and undergone surgery in Las Palmas recently, but died of other complications after his return. 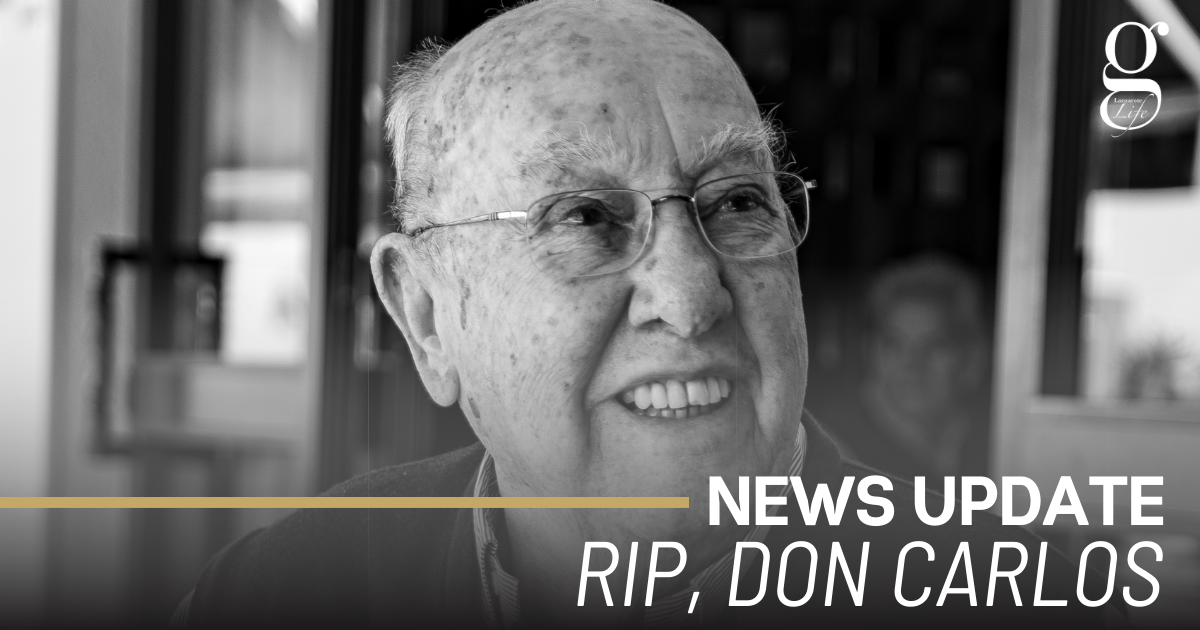 Don Carlos was a familiar sight at the Real Club Náutico in Arrecife, which was were he interviewed him in 2019 on the occasion of his brother’s centenary celebrations. He was a courteous, modest man with a gentle wit and charm.

Carlos was born in 1925, six years after the birth of César. He took over his father’s affairs in business and commerce at the age of 22 and travelled widely during his career as a commercial agent, although he never moved away from Lanzarote.

During our interview, Don Carlos told us of how their father had built a holiday home at Famara for their mother as a surprise, and how the large, three-metre window in this house was echoed in many of César’s works.

He also mentioned how, as children, he and César were once given fishing rods. Carlos ran to the rocks and began to fish, but when he looked back César was using his rod to draw in the sand.

In 2019, Don Carlos was honoured by his native city, who appointed him as the pregonero who officially announced the opening of the Fiestas de San Ginés – Arrecife’s most important fiesta.

Their sister, Ámparo, died in 2018, leaving only one surviving sibling, Juana. Carlos was married to María del Carmen Martinón, and the couple had three children: Carlos, Eduardo and María.

A funeral service will take place at the San Ginés church in Arrecife at 1 pm today.