The wave of Omicron infections on the Canaries now appears to have peaked, according to the director of the Canarian Health Service. 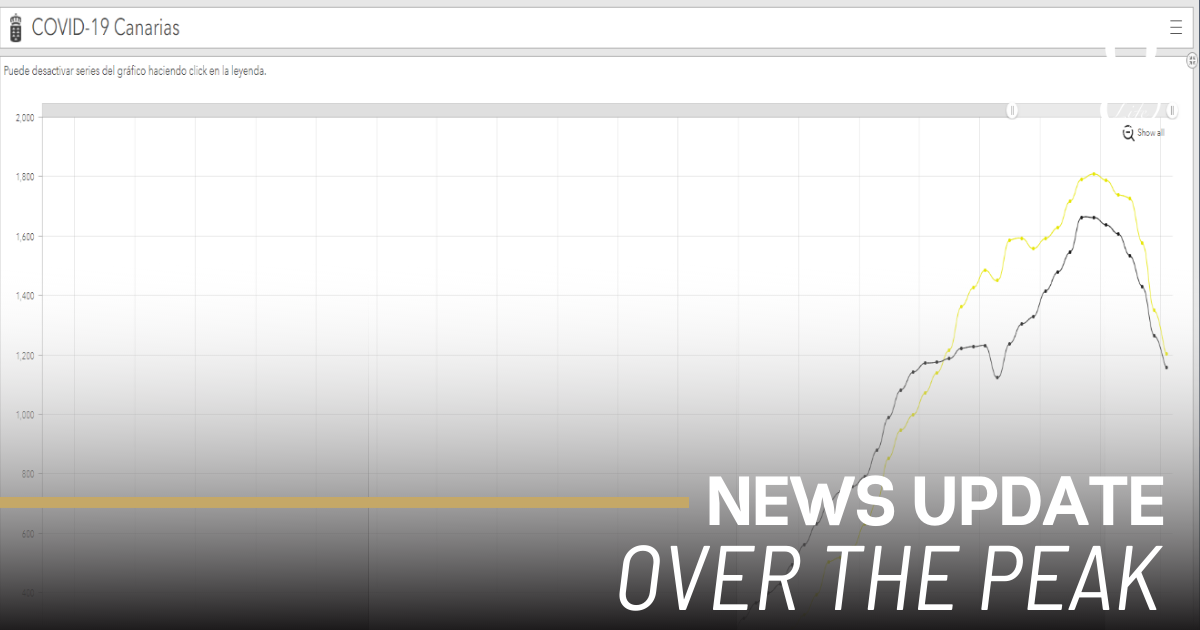 Conrado Domínguez, director of the Canarian Health Service, has confirmed the trend, saying “The 7- and 14-day rates are starting to show a downward trend, which we hope will be consolidated in the coming days.”

“The large number of cases has caused hospital admissions to increase even though the probability of being hospitalised has fallen,” said Domínguez.  He stated that vaccines are the reason for this lower probability and the third booster jab has been key to slowing down the rate of admissions.

Domínguez said “The profile of those who have ended up in hospital in this sixth wave are those over the age of 50 and those who are unvaccinated. 58.3% of intensive care admissions are between 50 and 70 years old.”

“On the Canaries there are more than 200,000 people over the age of 50 who have not yet received their booster dose. We urge them to attend their nearest vaccination centre,” said Domínguez.

On Lanzarote, there are currently no patients in intensive care. However, there has been a marked increase in hospitalised patients in recent days.

The Dr José Molina Orosa Hospital now has 27 Covid patients. In addition to this, an outbreak at the Hospital Insular, which offer geriatric care, has left eight patients infected.