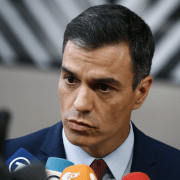 Spanish President Pedro Sánchez has announced that he will seek to extend the lockdown by a further two weeks, until the 26th April. A vote will be scheduled this week and is expected to be passed by congress.

“Once the peak of propagation of the virus is passed, we’ll be able to flatten the curve,” said Sánchez. However, he did not discount the possibility that further extensions to the lockdown may be required.

Sánchez also announced that the special restrictions introduced on 30th March banning “non-essential activity” will be lifted from the 9th April, meaning that sectors such as construction can return to work.

Although the figures are still shocking, Spain’s daily death toll has shown a decrease for the last two days . The figures reached a peak on 2nd April with 950 deaths, but fell to 932 on April 3rd and 809 on the 4th.

The worst death totals in the Canaries also occurred towards the end of March, with 15 deaths reported on the 30th and 9 on the 28th. However, daily totals from the 1st to 4th April are 6,5,5 and 2.

Regarding new cases, Spain has also seen a drop in the last two days, reporting 7,026 on the 4th and 7,424 on the 3rd. These are a significant decrease on the highest daily tally of 9,222 new cases, reported on the 31st March.

Before jumping to conclusions, it should be pointed out that the total of cases is reliant on how extensively testing is carried out. It’s too early to say for sure whether these figures are concrete grounds for hope, but they can certainly be described as positive rather than negative.

Airport updates
The Canaries have “passed the peak”

“We must not drop our guard.”
Scroll to top