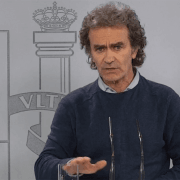 Fernando Simón, the director of the government’s emergency committee, described the evolution of the virus in most parts of the Canaries as “spectacular”. “Many of the islands have spent some time with a very small number of  cases,” he said.  The Canarian councillor for health, Julio Pérez, also announced that  he was “proud of the work of health workers and the exemplary behaviour of Canarian society”.

Around half of Spain’s population will move into Phase 1 on Monday, while areas of Catalonia and Castilla y León that did not request the transition will remain in the preparatory phase. The community of Madrid was refused permission to enter Phase 1, despite requesting it.

Phase 1 permits several activities that were hitherto prohibited.  They include:

Nevertheless, many restrictions remain. The daily time-slots for exercise and walks will still apply for different age groups , although the Canarian government now has the power to change them if it feels this is necessary.

The list of permitted journeys in cars will be extended to include trips to places of worship, funeral homes, restaurant terraces, markets and hotels. Nevertheless, this is an area that still requires further clarification.

A 75-year old woman from Tinajo became Lanzarote’s sixth COVID 19 victim yesterday after dying at her home under palliative care. On the same day, six more patients were declared to have recovered from the virus, leaving just seven active cases on Lanzarote.