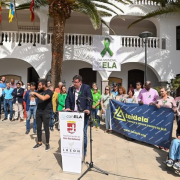 Representatives from all the island’s Town Halls, the Cabildo and the Dr José Molina Orosa Hospital attended the event held in the pretty square outside San Bartolomé’s Ayuntamiento. 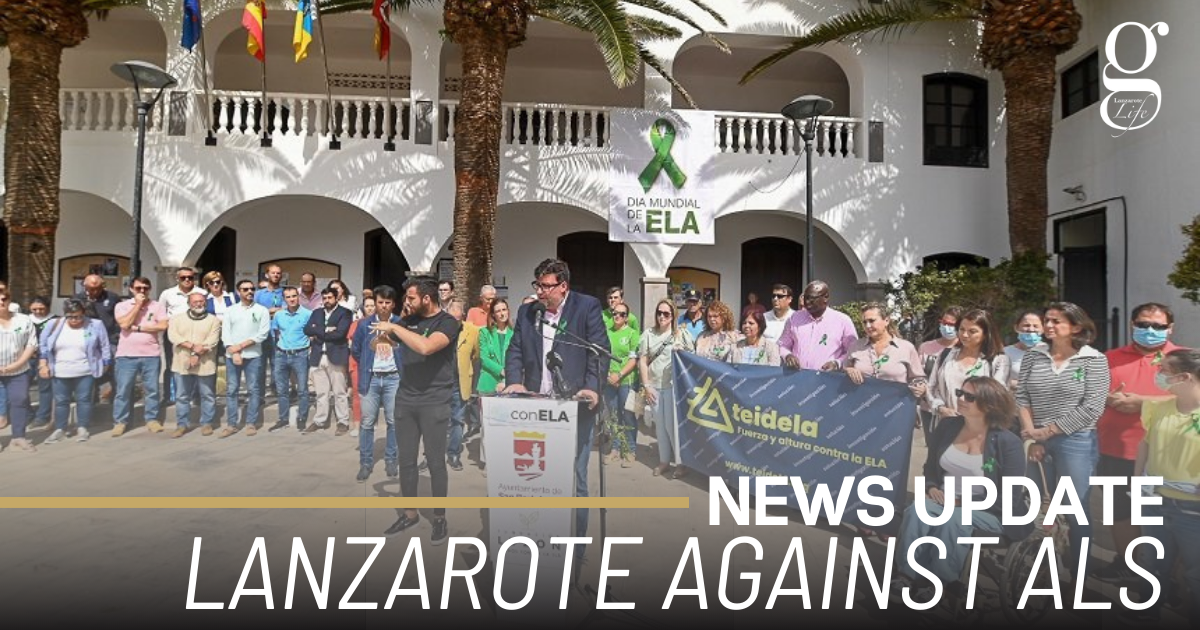 There were also representatives from various ALS charities in Spain, as well as other related charity organisations.

Isidro Pérez, who took over as Mayor following Tejera’s death last year, announced that the aim of the event was to “raise consciousness of ALS, unite forces and demand more research” into the disease.

ALS is a nervous system disease that affects nerve cells in the brain and spinal cord, causing loss of muscle control over a period of time.

Pérez also endorsed a manifesto issued by ALS charities, which demands greater assistance for sufferers. “The current system only covers about 10% of what is required to care for an ALS sufferer,” the manifesto said.

The manifesto also called for faster recognition of disability and dependent status. “With a life expectancy of 3 to 5 years from diagnosis, it takes an average of 2.5 years until financial assistance is granted. We demand an ALS law now.”

Covid spike “under control”
Fires continue to appear in Lanzarote