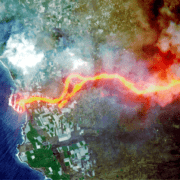 Thousands of residents on La Palma have been recommended to remain in their homes as air conditions worsen in the areas near the erupting volcano. 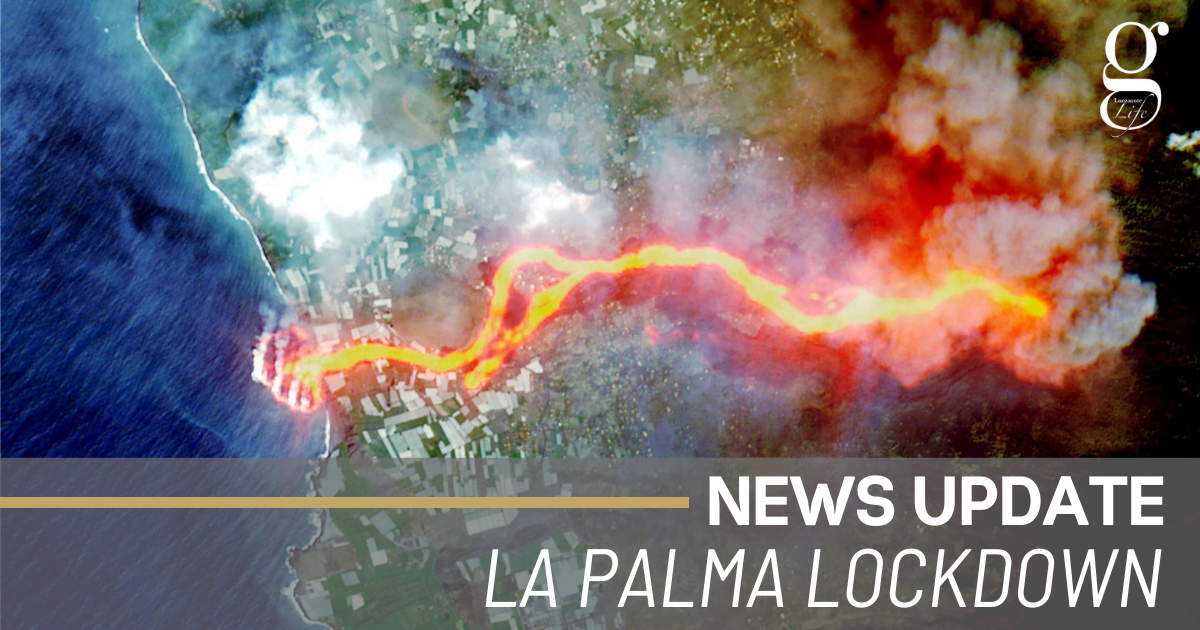 Air normally gets cooler the higher up it is the atmosphere, a phenomenon which helps gases to disperse; but the recent heatwave on the Canaries has caused a thermal inversion, trapping gases at lower levels. This increases their concentration and, as a result, the Canarian Volcano Emergency Committee, Pevolca, has recommended 3,500 households in El Paso and Los Llanos de Aridane to remain indoors to be on the safe side .

The eruption of the volcano has intensified over the last day, with a third vent opening that is the source of two new flows of highly liquid lava. One of these flows is currently causing concern as it appears to be headed for Los Llanos de Aridane – the largest town in the area. However, scientists believe that it will most probably rejoin the other lava flows heading for the sea.

At the coast, the lava has now changed the shape of La Palma completely, creating the youngest landscape in Spain – a headland that is larger than 20 football pitches, and which continues to grow.

The Canarian Government has purchased the first 16 homes to rehouse those who have lost everything in the eruption, and has also appointed 16 social services staff to deal exclusively with the victims of the eruption.  President Ángel Victor Torres said that he expects 100 homes to be bought by the end of the year, and that these houses are provisional, and intended for those whose only residence has been destroyed by the lava.

The Cabildo of La Palma and the island’s Ayuntamientos have announced that the basic needs of the volcano’s victims have now been attended to, and that they do not require further donations of clothes or food. They have stated that the most effective way to offer help is by donating money, which can then be spent where it is most-needed.

Covid lingers, but is “under control”
Scroll to top